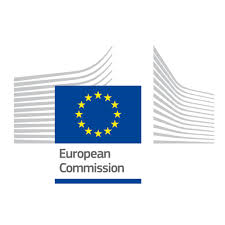 The European Commission has approved measures which allow tax breaks for UK developed video games, bringing a long battle to an end.

The decision follows an investigation into the plans, with the commission initially unsure whether the tax break was necessary and feeling the break could ‘distort competition’.

Following this investigation, the results were very positive, with the plans deemed to be ‘in line with’ regulations. Commission Vice-President in charge of competition policy Joaquín Almunia said: “Our initial doubts have been dispelled.

“The proposed aid for video games is indeed focusing on a small number of distinctive, culturally British games which have increasing difficulties to find private financing.”

The policy means that developers eligible would be offered up to 25% off their production costs come April 1st.

Not all UK- based companies will be eligible for the tax break, however, as games will have to pass a cultural test. The games that will benefit from the break will have to be deemed as having ‘cultural value’ to the UK. Points awarded in this area can include having a majority of British staff, setting the game in Britain, having a number of British characters and promoting British culture.

The commission believes that the figure of eligible UK games under the accepted guidelines would stand at 25% of games at the moment.

The success of this policy was understandably met with great joy by the games industry. Richard Wilson, CEO of UK games developer trade body TIGA, said the decision “will create jobs, boost investment and enable the production of more British video games” and that it would “help the UK fight its way back to the forefront of video game development.”