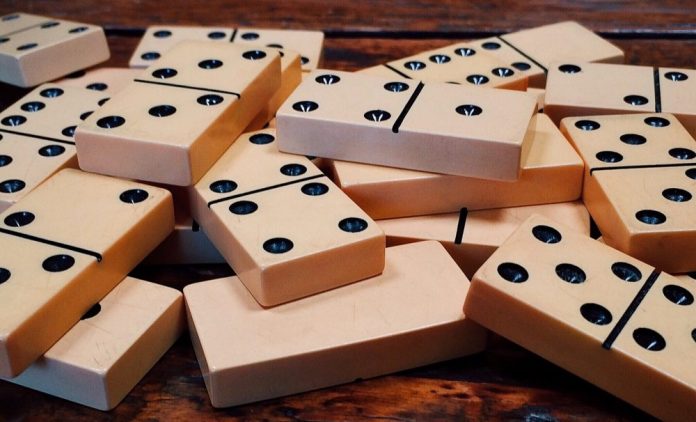 If you’re into the classics, today is your lucky day. Here, we have two multiplayer games full of old-time fun. These games promise to bring back fond memories of playing games with your friends or family. Two free games have been developed by Playspace, a startup that has focused on reproducing classic games for online audiences.

First is the Dominoes game. We’ve all played dominoes at some point in our lives. Fortunately, thanks to Playspace, even those who have never played dominoes now have the chance with a new fantastic online multiplayer game by Playspace.

Dominoes is one of the world’s oldest strategy based games. The first references to dominoes date back to more than a thousand years ago, in China. It was not until the eighteenth century that dominoes appeared in Europe, in Italy specifically. From there, it expanded throughout the West with different rules territory to territory.

The goal of the game is to place all your domino tiles (also called “bones”) on the table before the other players can do so. To be able to place a “bone” on the table within the rules, you must have a tile with the same number of the last bone placed. The game is simple yet entertaining. Access the Playspace platform to start playing. It can also be downloaded on your smartphone or tablet.

Parcheesi is another very successful game on Playspace. Many of us will recall racing our tokens around the Parcheesi board at the roll of a die. We had many good moments with our family or friends thanks to this game.

Parcheesi has its origins in the 16th century with the Indian name of Pachisi. It was played with different rules. Today, it is one of the most popular board games in the world, albeit being known with different names: Ludo, Parcheesi, Parchís, etc.

The goal of Parcheesi is to navigate all your pawns into the central square of your color before the other players. Part of the strategy is avoiding other players’ pawns that will be used to chase and “eat” your pawns.

The game is very simple but if you want to find out more about it, you can find its rules here. Just enter playspace.com and start playing, or download the app of Parcheesi for Android or iOS on any of your devices.

That’s all! If you like classic games, try these two new online multiplayer games to enhance your gaming experience.