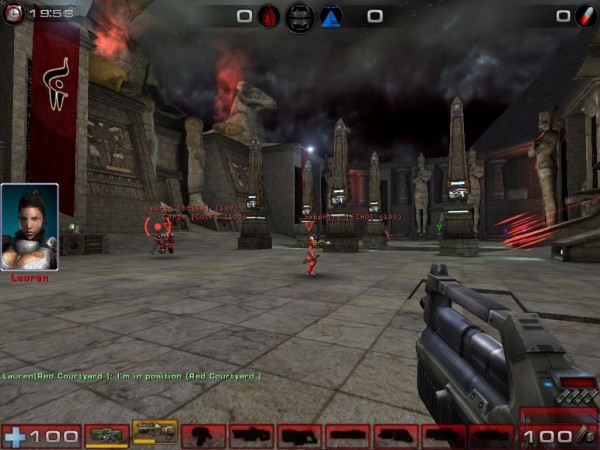 You know, with the sheer amount of “Me too!” deathmatch mutliplayer games on shelves these days, I’ve come to appreciate the contributions of multiplayer experiences that think outside the box, more and more.

Sometimes those experiences come in the form of an innovative multiplayer mode built from the ground up to be unique (like Assassin’s Creed), but other times they come in the form of a game that features an otherwise fairly standard multiplayer experience, that just featured one or two game type variants that provided something beyond the usual capture the flag or control point options. Those are the games we’ve come here to celebrate.

But you know, being the greedy gamer I am, I’m not always happy when a title provides a one-off innovative game type that remains unique to that game alone. That’s especially true when the game was either very underrated (and therefore rarely played anymore) or otherwise unavailable on current platforms.

In those cases, I wouldn’t mind a little flattering imitation. In fact, I can think of at least five unique game type ideas that I’d love to see some future multiplayer titles use. 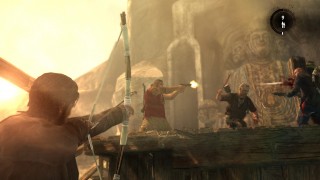 More of a built-in concept than a fully separate mode, Tomb Raider’s multi-player allowed for one player to become the “Executioner” when they achieved a high enough kill streak. Along with the ability to see all the other players on the map, the executioner could now end a player’s round when he killed them (think Counter-Strike).

Tomb Raider’s multiplayer mode didn’t garner much hype, but the executioner concept is a great idea. It provided an refreshing dynamic to the standard deathmatch, and makes it so dominant players either become targets, or are so good that they just deserve to win outright without wasting everyone’s time. Though the kill-streak perk idea made popular by Call of Duty is similar to executioner, it doesn’t keep matches quite as lively, or provide the same game changing dynamic. 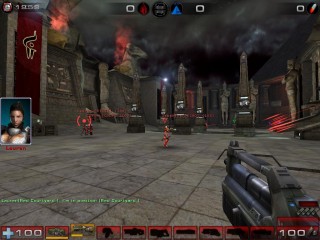 The mechanics of Assault are quite easy to explain. One team is the assault team and must complete a series of simple objectives that are specific to each level. The other team serves as the defenders, and must protect the objectives.

It’s appeal is a little trickier to convey if you’ve never actually played it. I suppose it’s similar to the control point modes you see in most modern shooters, but Assault is much more strategic. Not only does each level have unique objectives, but there are several ways to both approach and defend them, making teamwork much more vital, and each round typically different from the ones you played before.

More than that, there is a narrative quality to Assault you don’t usually see in competitive gametypes. It’s the perfect combination of single player story driven gameplay, and free for all multiplayer appeal. Perhaps developers once thought copying the mode over would feel cheap, but with the apparent death of the UT franchise, a return of its greatest mode would sooner feel like a well-timed homage, as opposed to a derivative carry-over. 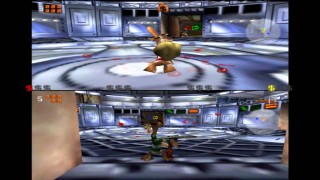 Conker didn’t have just one multiplayer mode, it had seven. While deathmatch was one of them, the others were more mini-game style modes that all referenced a specific part of the single player story. Each were rather simple in their execution, but the ideas behind them are some of the most creative you’ll ever play. One of which even involved a series of cavemen players taking on one player controlled giant dinosaur in a mode that bears a strong resemblance to the upcoming Evolve.

Rather than a carbon copy of Conker’s individual modes, what I’d rather see is more developers explore the idea of creating smaller, more contextually minded multiplayer options for titles that would otherwise receive a tacked-on deathmatch variant (like Conker: Live and Reloaded for Xbox did). While this is no doubt more taxing on the development team, Conker’s Bad Fur Day shows that a dedication to creating a more intimate multiplayer experience for a game, yields far superior results. 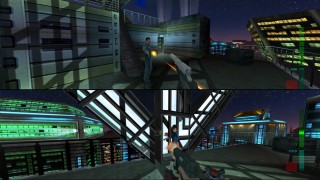 As odd as it may sound, I still consider Perfect Dark to be an underrated game that will forever live somewhere in the shadow of Goldeneye for many. Unfortunately this status directly impacts the game’s influence, as many of Perfect Dark’s better ideas remain underutilized by future shooters.

There is no greater example of this than the game’s Counter-Operatuve mode. It’s a twist on the standard co-op mode that sees one player take on the role of the hero, while the other controls all of the enemies. When the hero player kills a player controlled enemy (which doesn’t take as long since they have much smaller health bars), the enemy player takes on the role of the next minion in line. This goes on until the hero is killed, or beats the level.

It’s a brilliant twist on the co-op experience that has been spiritually carried over in variants like Left 4 Dead’s versus mode, but never quite duplicated. Any developer who corrects that, would be reviving one of the more entertaining game types ever conceived. 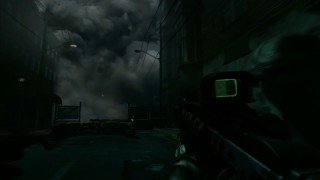 I can’t blame you if you’ve never played one of the F.E.A.R games. It’s a series with a reputation for underachieving, as it’s qualities never adequately camouflaged the franchise’s many deficiencies.

One of the few untarnished bright spots in the series, came in the form of a cooperative mode called F**king Run. In it, four players run away from an ominous smoke screen called the “Wall of Death” which will kill them on contact. If any one player dies, everyone loses. As such, the name of the game is speed and teamwork, as the players must work their way through a series of enemies as quickly as they can, before they are devoured.

Not only is F**king Run feature a clever implementation of the series horror elements, but the way it can panic its participants into making don’t ever stop dashes to the finish line is something you just don’t see often enough in shooters. Even though it was clearly “inspired” by Left 4 Dead, the constant threat of immediate death this mode provides makes it even more intense, and scary as all hell.

It would need to be tweaked aesthetically to fit other games, but the pace and fear inherent in this mode would be a tremendous asset for several multiplayer experiences.