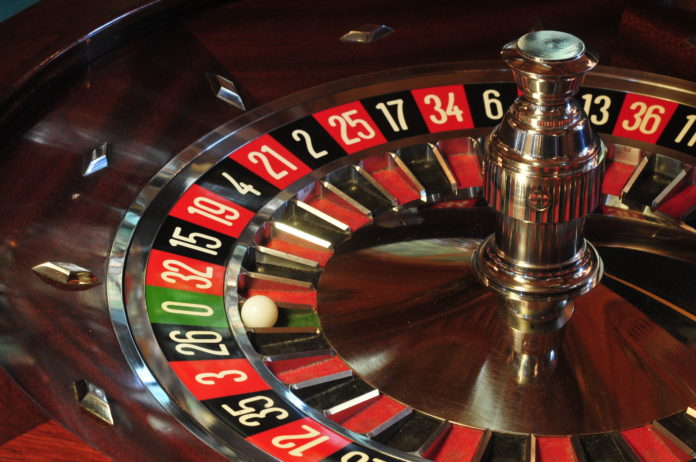 Even from the old ages, people have always searched for new ways to entertain. People started writing books, theatre plays, musical spectacles and so on. All for other people’s entertainment. And of course, this is how luck based games appeared.

There’s a certain thrill when you bet on the outcome of something. You’re purely relying on luck, you’re gambling. The word “gamble” appeared for the first time in 1726 and mean “risk something of value on a game of luck”.

There are certain games that made themselves known more than others. The people’s favorites are still growing in popularity these days, centuries after they were invented. Let’s see which are the most known 5 luck based games.

The first roulette appeared in the 17th century and many historians believe that Blaise Pascal was the first one to create a primitive form of a roulette in his quest for discovering a perpetual motion machine. The games was played since 1796 and until our days. Its first mention was on La Roulette, ou le Jour by Jaques Lablee. The author described here the wheel of luck from Palais Royal.

The roulette is known as “Devil’’s Wheel” in some places due to the fact that the sum of all numbers is 666 – which is the ‘number of the beast’. At first, there was a roulette with a zero and a double zero. Based on this, a type of roulette called ‘American roulette’ appeared which had a zero, a double zero and an American eagle.

The roulette is even today one of the most known luck based games. The low house advantage and the fact that the results are hard to alter by the casino makes it a favorite for most of he gamblers worldwide.

Blackjack is the American variant of a well known game called ‘Twenty-One’. The purpose of the game is to beat the dealer – so players doesn’t compete one against each other. You can beat the dealer if:

Is it a bit uncertain when Blackjack appeared, but its first known mention is in Miguel de Cervantes’s Rinconete y Cortadillo. In his tale, the main characters are a couple that are cheaters in ventiuna, which is a spanish version of Blackjack. So, the game itself was popular even before 1601, when Cervantes wrote the tale.

The Bingo game first appeared in Italy in the 16th century, around 1530. Its origin comes from the Italian lottery, Il Gioco del Lotto d’Italia. The game spread from Italy to France where it was played by the higher class and was called “le lotto”. The origins of the modern day bingo is a bit unclear though.

Bingo saw an increase in popularity until 2005. Since then, the number was slowly decreasing due to the increasing number of casinos available online offering the Bingo game too. If you want to know the bingo sites which pays out the most and give you the best free bets, we have a list of the top sites that pay out.

Bingo grew a bit in popularity due to te fact that a lot of casinos were selling electronic tickets also. Which means instead of having 1-2 or 3 tickets, you can now buy 20-40+ and be notified by the computer whenever you’ve won the jackpot.

Poker started in the 19th century in the United States. The first game of poker was with five cards for each player out of a twenty cards pack. The game of Poker is rumored to be the successor of the persian game As-Nas. The game started to become more popular worldwide after the start of World series of Poker in 1970 and within the launch of the Poker online gaming.

Companies like Pokerstars or Full Tilt Poker were the ones that started the craziness a while ago. Since then, there are more than 100 platforms where you can play Poker, each with his own offers and promotions.

Lotteries are probably the oldest gambling game ever. This luck based game appeared somewhere between 205 and 187 BC in the Han Dynasty – which had keno slips back then. These lotteries are believed to be one of the ways that helped the creation of the Great Wall of China.

The first lottery took place in the time of the Roman empire when Roman Emperor Augustus Caesar hold a lottery for the repairs in the city of Rome. Afterwards, the lotteries spread across Europe and United Stated.

The biggest lottery jackpot was the $1.58 billion Powerball which had three winners and was issued on 13 January 2016. The chances of winning the big prizes in a lottery are extremely low, but people are still trying because of the low cost of tickets and the high prize that can be won.

There are many games of luck that people love, but these ones are the ones that resisted hundreds of years – some even thousands of years.