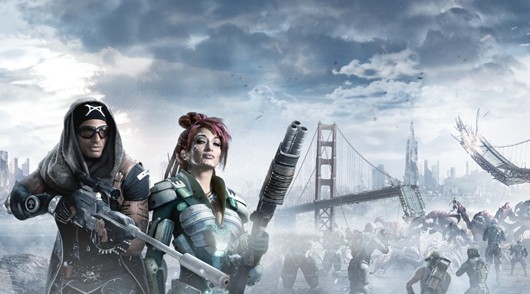 The world of Defiance features a futuristic environment not much ahead of the current time and it focus the struggle of human race to defend its planet from being invaded by an alien race, the Votans. As their star system was destroyed in a stellar collision, the Votans are seeking for a new home and Earth seems to be the optimal planet to set roots. In this first person shooter title, players can create a fearless soldier with customized abilities and decide which gear is the most suitable for their journey; there’s a huge variety of weapons in game, including human and aliens weaponry. Teaming up with others players is optional, however there are several events that require strategy and a large number of players in order to succeed, such as the massive co-op boss battles and fierce multiplayer combat known as Shadow War.

We’re incredibly proud that after five years of development, we are bringing this ambitious project to life. The game launch is just the beginning of a truly unique entertainment experience and, in a couple weeks’ time, you’ll be able to tune into Syfy to see the story unfold, the characters develop, and realize transmedia entertainment unlike ever before.

Digital copies of the game can be purchased online. Defiance is compatible with Xbox 360, PlayStation 3 and PC.