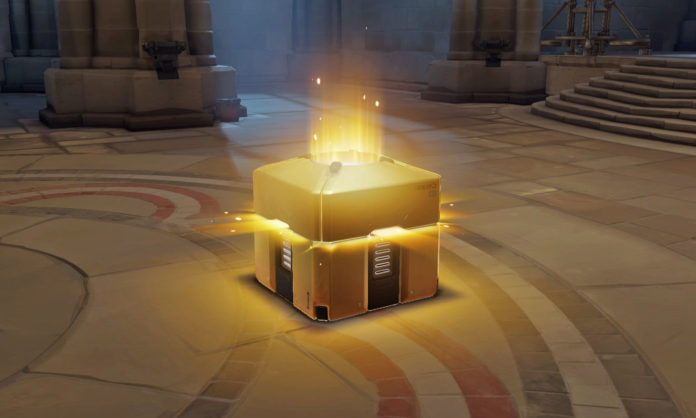 According to the latest statistics by the UK Gambling Commission we can see a significant increase of children with gambling problems. This number has quadrupled, reaching a number of over 50,000 in the last two years alone. The reports are based on the annual stats which now sit at 1.7%, while that number in 2016 was only 0.4% and 0.9% in 2017.

What’s interesting to note is the fact that gambling problems among teenagers have actually been on the downfall for the last 20 years. It seems that the recent increase in numbers is due to the new method which is used to gather statistics.

But we can say without a doubt that simulated gambling or games similar to gambling in video games are the main factor for this drastic increase in numbers. Let’s see how video games actions can translate to gambling problems among teenagers.

If you’re not a fan of video games this may come as a shock to you, but a very big number of video games today offer players some sort of gambling. For example in many games you have an option to buy virtual items for real money.

Here players have a chance to win rewards, like powerful weapons, spells or armor. In most cases the player buys a certain amount of points, gold or whatever currency the game offers. From there on he has a chance to buy an item directly or go for the popular loot boxes.

Loot boxes or crates are an item which contains other items inside. This is a sort of lottery as the player never knows what he’s going to win. The chances of winning one of the top items are slim, so the player is conditioned to buy more and more loot boxes in order to get the item he wants. So why do video game players go for the loot boxes?

The answer is simple. In the regular game you have a very small chance of finding the top items or they come when you reach a much higher level. So with loot boxes the player has a chance to become more powerful and progress in the game much faster. In most cases loot boxes are a priced commodity in video games which have fights or brawls, where you must obtain powerful weapons in order to beat your opponent.

Another interesting fact to note it that today you can find a lot of websites which offer players a chance to buy virtual game items for real money. So certain players can simply go to these websites and make a purchase or even sell their in game items.

You can clearly see how the gambling aspect in these games unfolds, from a pretty early age. It has been reported that over 13% of children up to 16 years of age have taken part in these games which include some sort of gambling. Furthermore over 31% have bought loot boxes in a video game, trying to get some virtual item.

Another fun fact is that some video games offer players plain old casino games which they can play with the in game currency. In the popular Grand Theft Auto game players had a chance to venture to the casinos and play slots, blackjack, roulette and craps for virtual money. As you played the games you would progress up the VIP ladder reaching the level of a whale.

This is direct preparation for real money gambling, considering that the game is mostly played by teenagers all across the world.

Risk Takers from an Early Age

The correlation among buying loot boxes in video games and problem gambling has been clearly shown in a recent study. A survey was made with over 7,000 players which showed that the person who spends more money buying loot boxes is more likely to develop gambling problems.

This is in correlation with the lottery nature of the loot boxes, since buying other items didn’t show any link with gambling problems.

The study doesn’t show that all players who buy loot boxes will become problem gamblers, but it does show a clear correlation among the two. This is why many experts argue that simulated gambling in video games should not be available to children. This is clearly a risk factor and children should be protected from its influence from an early age.

Many people will argue that there’s a very slim chance that a teenager will move on to online casinos simply from buying loot boxes on video games. But as you can see from the above study there are many factors which can drive teenagers into gambling.

Those of us who have experienced both worlds know that it’s actually much easier. Let’s see this through a simple example.

Let’s say a teenager goes online to watch a live stream of a football game. This option is available on a number of sites, which are primarily funded by showing ads to visitors. Suddenly a pop up ad will appear for a slot like the Tomb Raider.

This is a popular video game played by millions of teenagers across the world. In this advert the teenager can see the captivating reels of the game, the bonus the casino offers and the chance to win massive amounts of money.

So what are the options here?

He can click directly on the ad and go directly to the casino website or he can do some basic research on Google, like “Where to play Tomb Raider Slot”? It’s a 100% chance that he will come across an affiliate site like this one, where he will find casino guides, slot reviews, bonus promos, basically everything he needs to know to start playing at online casinos.