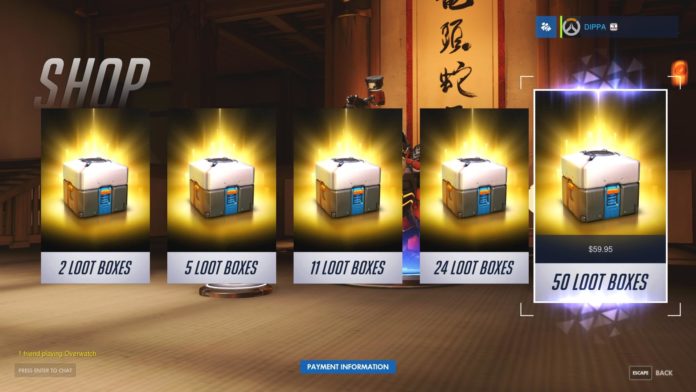 Loot boxes are gaining traction in the online gaming world and are being introduced as a way of monetising games that are often otherwise free to play. This new standard practice has left governments in a pickle with increasing concerns that they are a form of online gambling. Citizens are therefore insisting that they need to be regulated like average forms of gambling.

Highlighting loot boxes and their implications, this post will give you a sneak peek into the controversy and the issues that governments, industries and societies are currently grappling with.

What Are Loot Boxes?

Often referred to as prize crates, loot boxes are purchasable virtual boxes that contain “surprise” items that are relevant to the game you are playing. The contents can be anything from armour and unique skins to weapons and enhancing potions that can boost the performance of a character.

These prize crates can sometimes be accessed through extensive hours of gameplay or they can be bought for a fee at any point during a game.

Are loot boxes gambling? Yes – and no.

Generally speaking, gambling involves making a bet (wager) on an outcome. The person who makes the wager stands to gain something or to lose something.

When you purchase a loot box, you’re wagering your valuable money. You don’t know what’s in the crate – you can only hope that it is going to be of use to you.

And this is where the “yes-no” argument surfaces. Many game developers raise the point that loot boxes cannot be considered gambling because the “purchaser” will get something for their money – even if it is not of value to them specifically, but others say that developers are essentially turning their games into an online casino.

So, How Should Loot Boxes Be Regulated?

Despite the effort of game developers arguing their point – many countries have or are busy putting strict regulations in place. These regulations protect vulnerable civilians who are becoming addicted to loot box gaming with kids under the age of 18 being the main focus.

Most governments (and civilians) agree that the same protective measures should be deployed as per your average gambling regulations. But while some states and provinces are managing to implement these regulations successfully, other efforts have been futile.

Google is also playing along and at the beginning of 2019, they announced that games that contain purchasable loot boxes must display the odds of finding each item. This way, players have a better idea of what their chances are each time they buy a crate – making it somewhat less of a bet.

Desperate countries, like the UK, are implementing their own rules. They are regulating purchases as follows: prize crate purchases will not be considered gambling if the contents can also be easily unlocked by simply playing the game and progressing through levels (like a point system).

The reality is that without a set definition i.e. “is loot box gaming gambling or not” – video game developers can proceed to work within the blurred lines and unstable regulations.

So, perhaps the solution is for governments to solidify concepts and terms used around gambling before effective measures can be put in place?