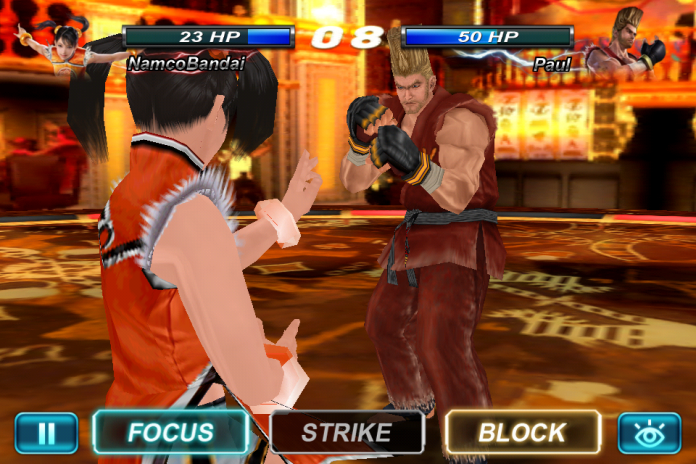 The Tekken universe has now a new gaming member, a free-to-play card game, Tekken Card Tournament, where players can challenge each other no matter where they are; the fighting title is compatible with PC, mobile, labtop and tablet devices.

The gameplay is similar to most card games, players can create and customize their personal card set, then strategically organize abilities, charges and block moves. The famous KO combos are also present as obvious. There’s an option to play solo in order to train and master skills and the ranked mode, where players compete against each other in a brutal and gore way.

The fighting game series, Tekken, have been developed and published by Namco Bandai and they’re mostly known for the visual style of its main characters such as Jin Kazama and Anna Williams. The franchise has gone worldwide and more than 40 million units have been sold up to date.

Namco Bandai states that Tournament is very faithful to the Tekken series: