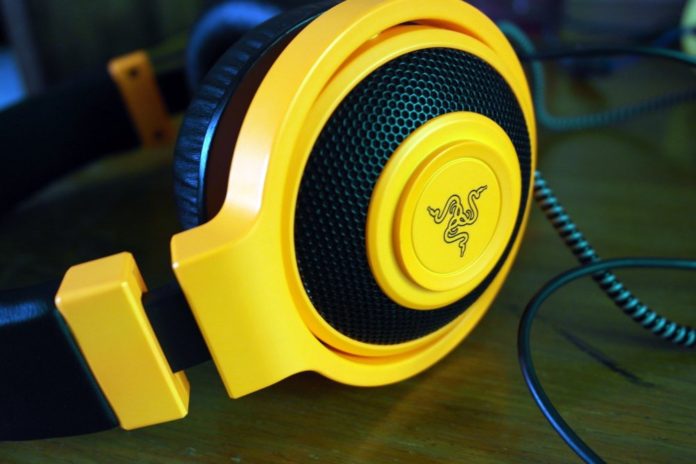 Any gamer will tell you: sound matters in gaming. The right musical score can set the mood of a scene, evoke an emotional response, or indicate something is about to go down. It can make a game more memorable and more immersive; just think of how clearly iconic sounds like Pokémon or Legend of Zelda can bring you back to a specific game years after you’ve last played. In fact, these musical elements have their own categories in the most prestigious game awards every year – which just goes to show how everyone from the producers to the consumers value sound quality in games.

A good PC gaming headset is essential in keeping you immersed in the game and elevating the whole gaming experience. But more than that, dedicated PC gaming headsets allow you to catch subtle audio cues, differentiate the direction of the sound, and communicate clearly with the rest of your team. It seems simple enough, but this can mean the difference between winning and losing in a game.

A Practical Approach to Evaluating Your PC Gaming Headset Options

There are endless options online when it comes to PC gaming headsets, enough to baffle any gamer who simply wants to buy a sturdy, dedicated PC gaming headset. Picking the first thing you see is certainly an easy choice. However, it comes with the possibility of getting an over-priced headset that lasts half as long and sounds half as good as the other units in the same price range. You can also luck out and get a PC gaming headset that gives you great bang for your buck, but do you really want to take that risk?

Having a solid set of criteria for the perfect PC gaming headset is one way of making certain that the unit you choose will complement your play style and gaming experience. Here are a few things you need to do when choosing a good PC gaming headset.

Take Note of the Comfort Features

Comfort is one of the benchmarks of a good PC gaming headset. A headset shouldn’t cause any sensation that can draw your attention while you’re supposed to be focusing on the game. In fact, the sensation of wearing a PC gaming headset should disappear completely once you’re fully immersed in the game. There should be no rickety sound or flimsy feel when you’re shifting positions, no slippages, no points where excessive pressure can be felt, and minimal to no heating. Ill-fitting headbands or cups that are too loose or press too tightly can be a cause of distraction, more so if you’re in a marathon gaming session.

Now, deciding if a PC gaming headset is comfortable can be difficult since you can’t use it for hours before purchase. However, there are features that you can look for to ensure that it’ll be comfortable enough to use for long periods of time.

On-ear and over-ear refer to the way the cup rests on (on-ear) or around (over-ear) the ear. On-ear headsets, also known as supra-aural headphones, are a great choice if you’re only using the headset for short or limited periods. This type is also often foldable, allowing for greater portability. Over-ear or circum-aural headphones, on the other hand, spare your ears from added pressure. This design provides comfort even if you’re playing for long periods. Plus, this type of headset has larger drums that can accommodate larger drivers, resulting in a louder, more detailed sound. The only negative for this design is that it occupies more space and it isn’t as portable.

Open and closed backed refers to whether the headset has a solid (closed) cup or a perforated (open) cup. Because of its solid design, a closed-backed PC Gaming headset offers isolation from outside noise. It’s a great option if you want to minimize ambient noise and if you don’t want others to hear you while gaming and vice versa. An open-backed cup is the opposite in that it has a perforated ear cup that promotes air circulation. The catch is that it has less protection against ambient or outside noise and it lets out sound from the headset. This produces a less muffled sound that some people find to be of superior audio quality over that of a closed-backed PC gaming headset.

In addition to the design of the cup, the design of the headband also affects the level of comfort a headset can provide. Adjustable headbands are the bare minimum for a gaming headset. If you have the budget for it, you can also go for auto-adjusting headbands that offer finer, more personalized fitting options for optimum comfort.

Narrow Down Features that are Necessary to You

Now, there are various added options for PC gaming headsets, and each of these offers their own sets of pros and cons. Some of the options you may come across include:

For PC gamers, the difficult choice between picking a wired or wireless headset is typically solved by analyzing the amount of effort you’re willing to put into maintaining the headset. In this aspect, wired headsets trump wireless as they only need to be plugged into the PC before use. The downside to this, however, is the wires can be uncomfortable and, if kept improperly, can sometimes cause tripping. Wireless headsets, on the other hand, require a bit of TLC as they need to be recharged after use. This means you have to check the battery life, charging time, and the availability of a charging dock before buying a wireless headset. The upside is that wireless headsets look cooler, don’t have cumbersome wires, and they can often be used on gaming consoles other than the PC.

Communicating with other players around the world is part of the appeal of PC games. Most PC gaming headsets are equipped for this task as they often come with a built-in unidirectional or omnidirectional microphone.

Omnidirectional mics have a tendency to pick up sounds from all directions, while unidirectional mics tend to produce clearer audio. A separate boom mic may be necessary if you plan on streaming your games. But if you want something less cumbersome that produces the same level of audio quality, you can also go with unobtrusive clip-on microphones.

PC gaming headsets with noise canceling features drown out outside sound, allowing you to fully immerse yourself in the game. This is done with the help of an external microphone attached to the headset. The microphone picks up and inverts any outside noise, canceling it. This feature is best used to counter sounds that don’t vary too much, like traffic noises outside of your window and air conditioner hum.

Find Out What the Tech Specs Mean

Great sound is a matter of taste, and what might sound spectacular to one person may not be right for you. There’s no way to tell with certainty if you will like how a specific pair of cans sound until you’ve auditioned them. Now, the idea of testing every PC gaming headset that looks good to you is quite impractical, and you may not even have this option if you’re buying online. The next best thing you can do is read the tech specs to find out how they affect what you hear. Some of the most common terms you’ll come across while shopping for a headset include:

This term refers to the ability of the PC gaming headset to equally reproduce all frequencies. A headset that gives off a natural sound should have a slightly higher bass to make up for the lack of physical punch that you would normally get from a room speaker.

A headset with high impedance requires more power to deliver high audio levels. This feature protects the headset from damage caused by overloading. Low impedance headsets, on the other hand, require little power to deliver high audio levels. These are more susceptible to blowouts and they are typically paired with equipment with weak amplification, like phones and MP3 players.

Investing in a good PC gaming headset is a sound choice if you really want to make the most out of your favorite games. The way it brings out the details of a game can change your gaming enjoyment for the better.