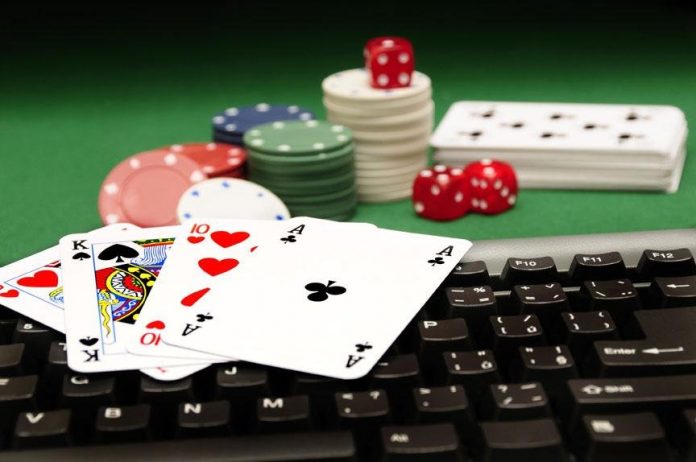 The world of online poker has changed dramatically over the years. Since 2003 and the Moneymaker Effect which created a boom in the number of poker players online, it’s become a huge community, with millions upon millions of players chancing their hand every day.

In fact, such is its power, it’s an industry worth $41.4 billion. And that’s only getting bigger.

That, in part, is due to technology. The continual development of technology has seen internet poker go from a desktop-only adventure to mobile play, tablet play, and even live poker events held by some of the biggest online poker rooms around the world.

It’s continually changing, and the latest trend to sweep the poker community is live streaming on Twitch TV.

For those who don’t know, Twitch.tv is a live streaming service owned by Amazon which allows users to stream their games online, whether it is live or on-demand. And it’s certainly taking e-sports to the next level.

Launching in 2011, it quickly became a hit with the likes of World of Warcraft and StarCraft fans, while in February 2014, a stream named Twitch Plays Pokemon took the internet by storm with the channel seeing over six and a half million views in just a few days.

So it seemed a natural progression for poker to make the move onto Twitch. There’s been a rise of Twitch poker players over the last year, and they’re becoming quite the celebrities in the poker community. The likes of Jaime Staples and Jason Somerville have created a real buzz for the sport on Twitch with the former receiving tens of thousands of followers and the latter over six million views.

And it’s getting to the point where they’re being recognized by the pros at the very top of the sport too.

At the American Poker Awards, Daniel Negreanu, a man who has six World Series of Poker bracelets and a huge social following of his own, was quick to praise the new direction that players like Somerville have taken the game.

He said during his Poker’s Best Ambassador award acceptance speech, “What he’s done [Somerville] beyond mine or I believe even Mike’s [Sexton] realm of possibilities, is he’s taken playing online poker and made it fun and exciting. Where he’s engaging a totally new spectrum of poker players, more so than anyone in the world today.”

And that’s all due to his work on Twitch. Staples has joined that club as well, becoming the latest star to become a Friend of PokerStars, and he was directly inspired by Somerville.

Jaime Staples has an interesting story, one that could start a whole new poker revolution just as Chris Moneymaker did in 2003 when he became the first person to win the World Series of Poker by qualifying online. It gave fans a sense that anyone can do it. And in fact, that’s exactly the way Staples started.

His journey to poker stardom began a little under 12 months ago. He saw Somerville playing on Twitch and was inspired to start himself. But what has perhaps struck a chord with the poker community and Staples, is that he’s learning too.

His winnings are nothing to write home about – in fact, in official offline tournaments he’s only cashed around $9,000, but it’s the fact that he’s sharing his experiences on a learning curve to climb the ladder in the sport which is resonating with fans.

Although it hasn’t been without its challenges. Staples said of live streaming in his first blog for PokerStars, “In the beginning I mumbled, didn’t know what to say, didn’t know how to react to comments, good or bad. Add in technical issues alongside learning to promote yourself and streaming has proven to be a great challenge.”

But that’s why Twitch has really taken off no matter what the game; it’s all about sharing experiences as enthusiasts, not as experts. We have all seen the huge poker players like Phil Ivey, Jason Mercier and Daniel Negreanu on the television and through official channels, but now the community seems ready for a closer to home form of entertainment. Not that it’s stopped the $30 million winner Negreanu from giving Twitch a go himself to develop the poker community on the site further.

Negreanu began streaming on Twitch just a matter of weeks ago and has already gained huge viewing figures with over 150,000 people watching him during his first session, while his second was a little more serious and created a little moment in history on this growing trend.

The star played in a real money event and won $50,000, although that wasn’t the most talked about moment. Fans laughed and a joked with the star, who even took the stream with him to the bathroom.

Negreanu’s move onto Twitch comes with a whole host of other players including recent Shark Cage winner Griffin Benger. The live streaming adds a little more personality to the players, just as Twitter does with soccer or tennis stars. It gives us a chance to see behind the curtain, and we’re certainly seeing that with Negreanu.

The streaming service is certainly the next big thing in poker. In fact, it probably already is the thing, Negreanu is bringing us closer and closer to seeing how the mind of a Hall of Famer works, while Staples is showing us just what it’s like to try and make it in the sport, which is insanely marketable because, let’s face it; there are plenty of people trying to do it.

It’s all about learning. Negreanu once said he’d sit and watch video for hours every week, watching the best in the business and picking out key skills and traits they possess. Twitch makes that accessible for anyone all at a click of a button.

In 2003 when Chris Moneymaker won the WSOP, thousands upon thousands more people began entering tournaments and playing online. It reshaped poker. Twitch is already changing the way the industry works. It’s only a matter of time before the service creates another huge poker boom, and we’ll have Staples and Somerville to thank.