Hello everyone, thank you for reading this article. My name is German and I am part of an Indie game developers team and we are making a new game that you will definitely like!

In this article I will compare one of the most successful and popular survival games – S.T.A.L.K.E.R. with a brand-new upcoming post-apocalyptic survival MMO – Pangaea New World.

S.T.A.L.K.E.R – We all heard about one of the worst disaster – catastrophic nuclear explosion at Chernobyl in 1986. This game is based on a science fiction novel written by Arkady and Boris Strugatsky. Walking through deserted and radiated areas your mission is to complete the story and, of course, to survive. You will meet a lot of enemies, mutated animals and even mutated people.

Pangaea: New World – A game we want to present. Pangaea world – it is a struggle for survival. To survive, the player must develop his own character, build weapons like knives or rifles and defensive equipment to protect yourself from radiation and rivals . The game focuses on the adventures of unexplored territories either alone or in collaboration with friends. Pangaea will check the resilience, cunning, and skill of players: in fierce battles with random opponents who they may encounter on the road, in the performance of complex tasks with the possibility of combining several dozen people at a time, in the fight against gangs for control of the territory.

S.T.A.L.K.E.R – All games of this great series are running on their self-created X-Ray. This engine was built just for S.T.A.L.K.E.R and never have been used anywhere else.

Pangaea: New World – This is the primary and fundamental advantage of the game. We are partnering with Unreal and with their help we are happy to announce that Pangaea runs on Unreal Engine 4!

This engine has an immense and storied history, games like Mortal Kombat, Dead Island, Batman and many more are using Unreal Engine as well as Pangaea.

(!) It is important to note that we started working with Unreal Engine 4 before these big changes in Unreal policy about engine use and making it free.

S.T.A.L.K.E.R – I cannot say that this game is best of the best among all survival games, but still there are some features that are making this game unique. First of all, the story and context of the game. Since game developers are from Ukraine, they decided to make a game about the Chernobyl nuclear explosion and tried to bring this apocalyptic atmosphere to the players.
Pangaea: New World. Pangaea has a lot of unique features such as artifacts, transport, anomalies and more. All of these you can find on our website in our blog. 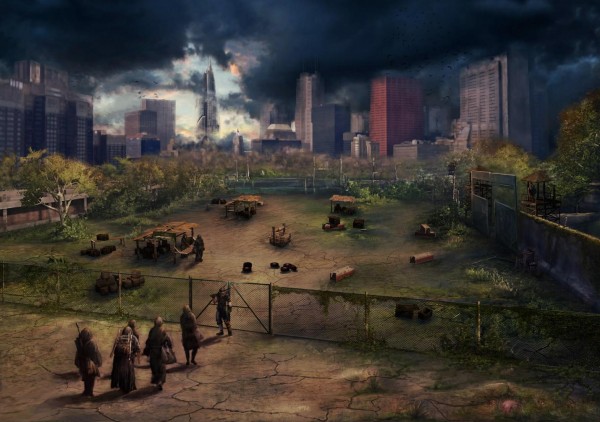 I don’t think it is reasonable to write everything about Pangaea right now. I would like to know what are you interested in so I can write more articles about Pangaea: New World.

We all believe in our project success on Kickstarter and Steam Greenlight and you can help us with it. Subcribe to our newsletter to receive exclusive content first and to be notified when Pangaea goes live on Kickstarter!