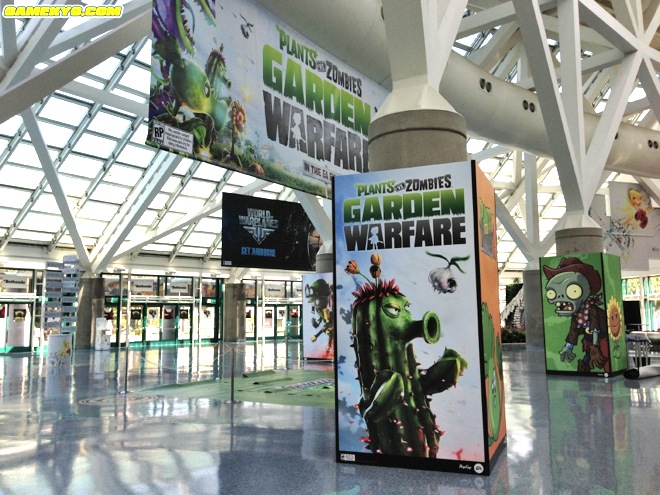 A surprise announcement at E3 today revealed that Electronic Arts will be releasing a third-person shooter version of Plants vs. Zombies, entitled Garden Warfare. PopCap says the new game will be powered by EA’s Frostbite 3 engine, an engine primarily used for shooters like Dead Space and Battlefield. This sounds like it is going to be a blast to play and it is confirmed for Xbox One as well as the 360.

The four-player cooperative mode was showed off at E3 and I would say it closely resembles the premise of Team Fortress if it were a co-op game. You begin with choosing from a number of different plants that you can play as. Each has their own advantages and disadvantages on the battlefield. The sunflower, for example, is a support character who heals team mates like The Medic in Team Fortress 2. The undead come in waves, just like in previous games, and it is up to your team to keep them at bay. Again, a very simple concept, but there is a ton to be had with this game from what we have seen so far.

You can check out the trailer from E3 today here. We still do not have a confirmed release date or price, but I will be keeping an eye out for that information. Let’s hope this will be one that you can grab on the Xbox Live Arcade for a fair price.