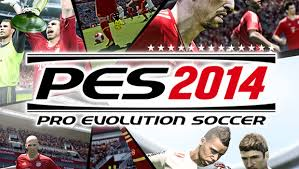 Konami have released an update for Pro Evolution Soccer 2014 which apparently sorts out the problems facing online gamers since the games release.

In a post on the PES site, Konami said: “A new update is now available that remedies all online issues affecting the Xbox 360 version of PES 2014, restoring full online functionality to the game.”

They added they have added an online mode and Master League Online service with the automatic update, sorting out the previous issues regarding the Data Packs.

They also noted that a full 11-Vs-11 Online mode is currently in beta and will be available in the coming weeks, and players should expect another Data Pack update in November which will add 800 player face updates, updated rosters and improvements based on user feedback.

The online issues stemmed from a download which is required of players before they can head online. People had to initially download a small day one patch. They then download a second Data Pack which ensures all online players use the same up to date data as others before they would be allowed to play Friendly Match Lobby, Ranking Match and Master League Online amongst other modes on the 360.

The problem was that the second download would take a long time to download, and when complete would come up with an error message during the install, meaning people could not play online and led to outrage on Pro Evo fan sites.

Konami said they are extremely grateful for the patience and understanding shown by PES 2014 users affected by the issues.