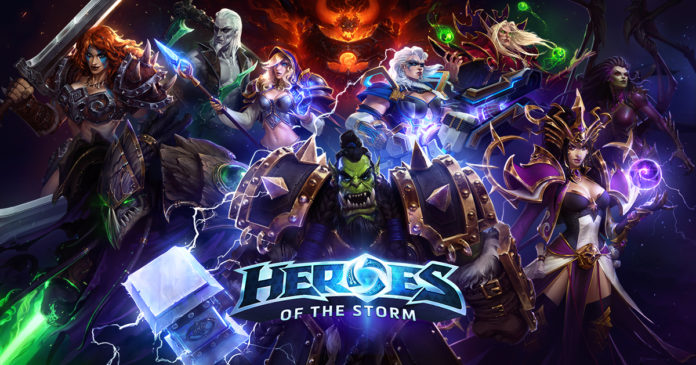 It’s been three months since Blizzard officially announced the closure of the Heroes Global Championship in mid-December. A competitive league for their online MOBA, Heroes of the Storm, its rankings ran modestly through the company for two years throughout 2016-18, with player salaries in the tens of thousands of dollars and multiple headlining cash prize tournaments taking place in that time.

The Heroes Global Championship set out to compete with the likes of the best; Dota 2, the League of Legends Championship Series, the Overwatch League, and Valve’s Counter Strike. Unfortunately, due to both low fan and investment interest, Heroes of the Storm never quite managed to make the leap onto stage with the big boys. With no further word from the Blizzard crew since December, it’s safe to assume that the mainstream Heroes competitive scene is officially down for the count – at least for now. This includes both The Heroes Global Championship and its younger college sibling, Heroes of the Dorm.

Blizzard: “This was a tough decision for all of us…”

In their statement of closure the Heroes eSports Team expressed a certain degree of regret regarding their decision. “This was a tough decision for all of us,” reads their official website post, the last and most recent to grace the Heroes eSports site. “But one we agree is the right decision in light of the change with the game and our desire to only deliver the best.”

Heroes of the Storm first launched for Blizzard fans back in June of 2015, to varying acclaim from players and critics alike. The game mashed together iconic heroes from every imaginable Blizz IP across a variety of MOBA style maps, each with its own creep and neutral monster skins. With relatively original mechanics (including shared team XP and map mob bosses), it’s managed to maintain a humble cult following since that date. Make no mistake, the game still has a solid player base. It still receives updates and new content each month. It is without a doubt, however, on its way out.

Heroes of the Storm still runs, if you can quite believe it, on the original StarCraft 2 game engine (now well over a decade old). It has no East Coast US game servers. Reconnecting to the game after Internet loss can takes upwards of five minutes. Shared XP means a single player having a bad game has the potential to absolutely tank the rest of your team’s potential to win – more so than any other MOBA on the market.

These are all problems that have existed since Heroes inception, and despite years of development they continue to plague its gameplay experience. Only time will tell what the remaining member of the Heroes team at Blizzard have planned for the company’s homebrewed MOBA project. Whether or not they have plans to attempt to reboot the game in terms of style or population, or whether they’ve resigned themselves to maintenance mode is the only question left that really matters for Heroes and its remaining fans. There’s so much competition out there these days. Fornite. Hot of the press Apex Legends. Even mobile games! The team will have to work hard.

It’s not all doom and gloom on the Blizzard eSports front, mind you. According to Blizz, the development resources previously dedicated to Heroes will now go into funding and running their remaining successful Esports ventures, namely their card game Hearthstone set in the World of Warcraft universe, and team shooter Overwatch.

Both games have contributed countless characters to the Heroes roster of the years, and now it seems they’re getting their reward!

Overwatch on the Rise in eSports

Overwatch in particular stands top dog in the eSports competitive scene. Popular worldwide from Seoul to San Francisco, its international competition draws millions of viewers in for every event, for every fiery clash. The Overwatch League has the fans. It has the players. It has the sponsors. OWL is so popular in fact that mainstream sports betting sites have begun adding it to their books; companies like Betway cover it all, from the world championships to regular season matches (now running right the way through to August 25th, according to liquidpedia).

While it’s certainly a shame that leagues like the Heroes Global Championship have and are facing closure in 2019, eSports on the whole is on the rise. Here’s hoping that the Overwatch and Hearthstone leagues can put their new resources to good use, and that Blizzard continues to juggle its many, many franchises successfully, from the upcoming Warcraft and Starcraft remasters to the next WoW expansion.