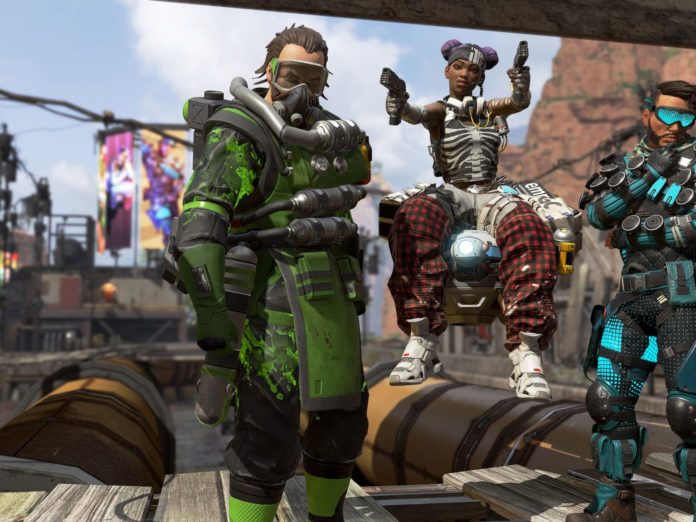 Apex Legends enters an overcrowded genre but comes out all guns blazing. Mainly, this is due to its streamlined mechanics and innovative systems. All of which work in unison to issue a polished package. Even more, it’s accessible to veterans and newcomers alike. More importantly, the finished product is the full article.

Not So Pay-to-Win As You’d Expect

Refreshingly, there is no payment wall, locking players out of content. Better still, there are very little duplicate item drops or incentivized loot. All items purchasable with real money, are cosmetic, which levels the playing for all. A huge bonus, in an age when gamers are more exploitable than ever, via monetization. The overnight sensation gained 10 million users in 72 hours – with a moment when more than 1 million people were playing it simultaneously.

In an oversaturated market, many battle-royale games lose sight of the core fundamentals. Partly, this comes down to peer pressure amongst developers. Perhaps then, they feel the need to incorporate the last-man-standing mode at whatever cost. Often this has mixed results. In truth, some games achieve this better than others.

Apex Legends benefits from its enthesis on team-play. Upon launch, the game is somewhat limited regarding modes. The staple match being a team exercise that pits twenty squads, three in each unit, against one another. Although that may sound like familiar territory, the inclusion of special abilities, stylish item integration, and squad formatting systems create a fluid, non-stop shoot-out that never feels inhibited.

That said, the format of “BR” in Apex Legends, shares an uncanny resemblance to those of pretty much every game in the genre, to date. Players jump out of a plane as part of a team and touch down on an island. From there it’s a foot race to salvage the best gear and items. All of which gives you a fighting chance of survival — the replica of Fortnite’s intro. The only difference being, there is a greater onus on the team here. After all, it’s the last unit left as opposed to the last man.

This focus on tactical, team building ends up being Apex Legend’s finest asset. Its ace in the hole if you will. What’s more, it departs from the conventional norms typically associated with the “BR” format by aiming its focus on team-play. Meanwhile, shifting the spotlight away from self-preservation. Thus, the notion of a lone-gunner is irrelevant here. Perhaps the term, band of brothers is more applicable in Apex Legends.

Useful Abilities And Well Made Characters

Further still, no character gets the upper hand concerning stats, while skills are rounded and equal across the board. Meaning, each pre-set character on the roster has distinguishable abilities. All of which, benefit the team. 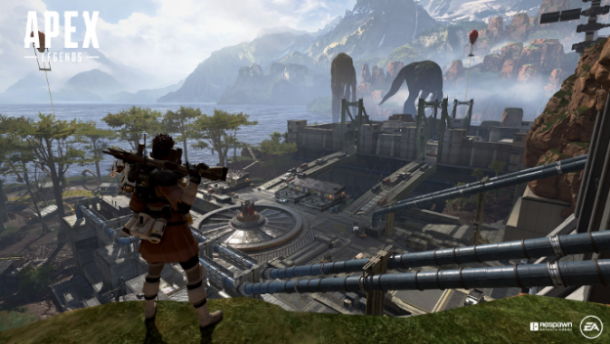 For instance, Pathfinders use zip lines to access those hard to reach areas of the map. In turn, this allows the team to secure power points and places of strategic importance. All the while, defensive Gibraltar’s can put an advancing enemy on the backfoot via airstrikes. Better still, they can deploy an active shield to provide protection, when the action intensifies.

Lastly, the offensive wraith bridges together areas of the map using portals and can even use an invisibility cloak. During which time, they cannot suffer damage — a perfect gimmick to evac the team out of a tight spot. Or ambush an unsuspecting enemy in blindsight. All these traits have one aspect in common; they work to increase the chances of team success. With that in mind, Rambo style, running and gunning will get you nowhere in Apex Legends. And that’s part of its charm.

One aspect that makes Apex Legends stand out is the ultra-streamlined UI. Typically, games within the “BR” bracket, will involve constant item recycling and weapon management. Such is the regularity of loot and the dependence on firearms. Luckily, the UI in Apex Legends is ergonomically refined to a high degree. In turn, that makes menial tasks easy and a non-issue.

In truth, many games of the genre could learn by this approach. Firstly, weapon mods and attachments are pre-programmed to fix to matching guns, a process that works on your behalf. Also, ammo types are distinguishable by colour, which helps you to discern on the fly, during quick-fire rounds. Finally, items of lesser value or importance are again color-coded. The result of which save valuable time, all the while, bringing a new level of accessibility to first-time players.

The Ping System Is A Game Changer

Another unique feature is the “ping” system: a player interface that allows for greater flexibility while enhancing squad interaction. Within, players can point teammates in the way of loot, place markers on the map, and even spread intel on enemy whereabouts. The ping system can be easily noticed in the video below, credits to PCGamer.

It’s so effective that it nullifies the need for a headset at all. Of course, I wouldn’t recommend this, as chat is all part of the enjoyment.

All in all, Apex Legends sets the pedestal high when it comes to performance. Further still, a slick UI streamlines the action, while the heavy team-based elements add a nice variation to themes used exhaustively in the genre. Original yet innovative, this is a game that “BR” vets cannot afford to miss. In short, it’s a must play for die-hard fans, yet its open to all. Should you wish to pick up and play for the first time.

What do you think? Is this rising star, Apex Legends, set to give forerunner Fortnite a run for its money? Could this be the shifting of the guard? We would love to hear your thoughts. Your opinions matter to us.

Thank you all for a truly legendary week. As we slide into the weekend we've got a short update posted on our lively subreddit! Come say hello: https://t.co/p88rlw1yn3 pic.twitter.com/ATvMb5OmQI