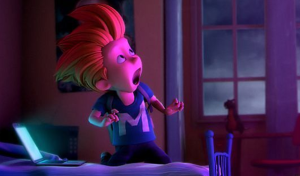 Xbox One customers will be getting yet another downloadable title by the end of the year. Titled Max and the Curse of Brotherhood, the game follows the story of a young boy as he sets on a quest to save his little brother, and will be out on December 20 for Xbox Live.

The title is developed by Press Play Games and is a platformer that requires players to utilize and manipulate a magic marker that contains a plethora of elemental abilities. Such elements are rocks, vines, branches, water, and fire and they can be used in unison at times as well. The game play system is something similar to Okami and it’s paintbrush mechanic. The game also features puzzles that are physics based and requires the usage of the magic marker. The game will cost $14.99.

The title was initially revealed almost two years ago and has since fallen off the radar until now. The game continues Xbox One’s strong software lineup, which follows the release of Peggle 2. The title also poses a rather unique and pleasing Pixar-like aesthetic look and is directly based off of the 2010 Nintendo DS title Max and the Magic Marker.