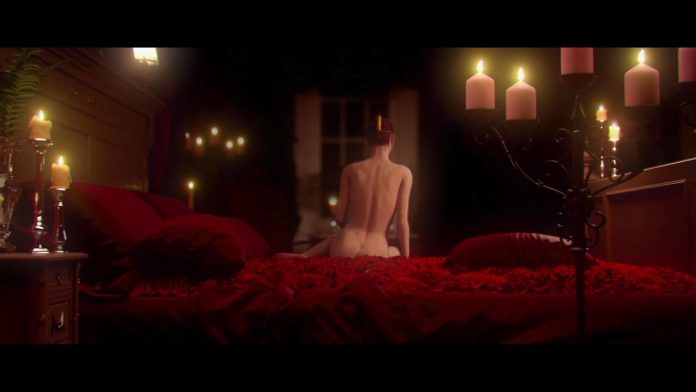 “The Earth is ours already. Time to find out what is hiding among the stars.”

We do not know if there is some kind of resurgence in indie games with open attitudes about adult subject matter, but it did strike us of a coincidence that Lust for Darkness came just a few moments after Agony, the nightmarish trip through the hell. If it means more interesting games to play, then we are all for it!

Lust for Darkness is a first-person horror adventure with a lot of elements inspired by Lovecraft’s Cthulhu Mythos. You play as Jonathan Moon, a normal man with a normal job, but with a not-so-normal situation. The previous year his wife Amanda went missing, and one fateful night has him finding a letter with Amanda’s possible whereabouts listed. In true horror movie fashion, Jonathan heads to the location alone, unaware of the nightmare he is about to walk into… 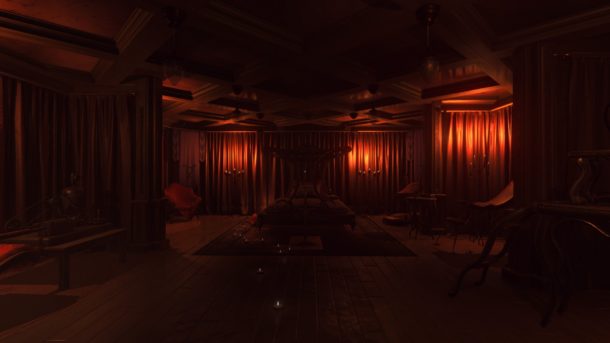 Lust for Darkness follows the typical horror adventure game almost to a T – creepy locales, chilling background noises, and generally spooky atmosphere. The one thing that makes it stand out is its unabashedly usage of sexuality. Within the first hour of the game you will experience full-on frontal nudity of both male and female kind, so take note those who are uncomfortable with that kind of stuff.

While the sexual themes gives the game a, uh, how you say, certain “uniqueness” to it, we did get a little anxious because it started to remind us of Agony in the sense that it might go a little overboard with it. Thankfully though it never reaches quite the level that Agony got to with its relentless grotesque design. 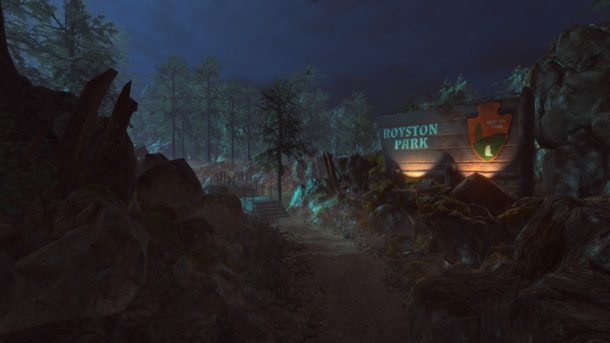 Lust for Darkness’ gameplay will be pretty familiar to fans of the genre. As Jonathan descends further into the mansion where Amanda may be, he will have to evade cultists by hiding and blending in using disguises. There are parts where Jonathan jumps into another world, and the game straight up becomes Outlast or Amnesia: The Dark Descent at that point as you will be running from nightmarish creatures.

Speaking of otherworldly, Lust for Darkness has some very pretty environmental design. The mansion is detailed just the right amount to give it that feeling that something isn’t quite right, and the other dimension is crazy and twisted enough to give off vibes straight from Agony; sorry to keep making that comparison but there are a lot of shared themes! 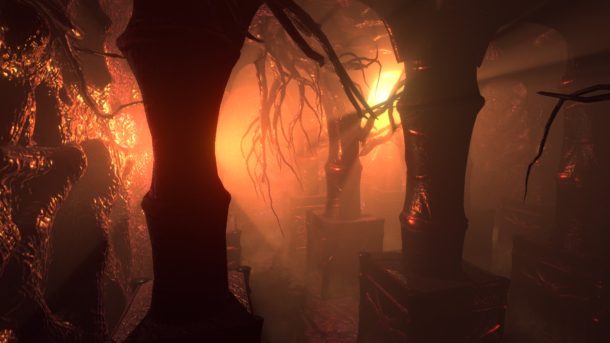 While the adventure is not bad in any sense of the word, a lot of it feels a little too similar. Jonathan, while evading monsters and cultists, will have to eventually solve obtuse puzzles to advance forward. Some of these puzzles are fun and little inventive, but in the end feels like you are retreading any other first-person horror adventure.

Which, actually, can be said for the game itself. Just a couple hours in we got the jist of the story and Lust for Darkness never really deviates. All of the twists and turns – including the ending – we saw coming from miles away. This problem is not really helped by the dialogue and general writing, as a lot of it feels unnatural and forced.

Lust for Darkness is a pretty interesting mix of Lovecraftian horrors and human sexuality. We recommend trying the game just on its unique premise alone, but it also works as a decent horror adventure.