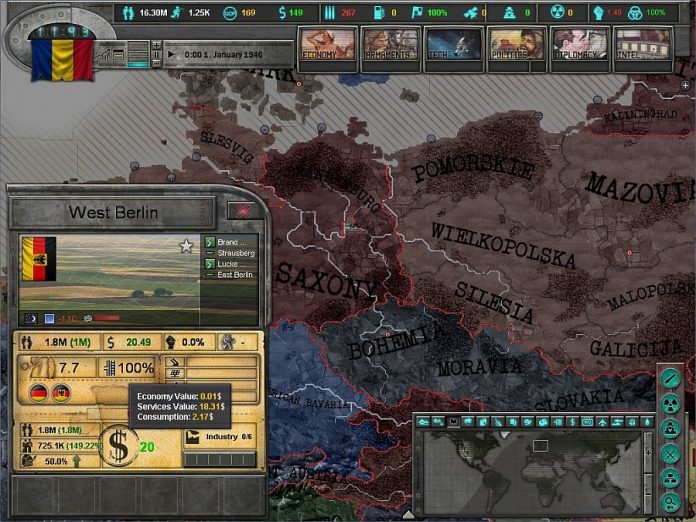 Paradox are working on a Hearts of Iron spinoff, East vs West, that puts you in charge of any nation during the cold war (1946 to 1991) and lets you see what happens next. And the possibilities are endless, including a full scale, Armageddon-like world war. Nuclear war.

Being a Hearts of Iron game, East vs West impresses with the detail level: you get to have details and reports on your population, for example, down to individuals. And with a nation of tens of millions, that’s a huge level of detail. And we’re not talking here about the actual simulation of the war, where you will see that you don’t really have to directly attack a country to ruin it. Instead, you can find some allies in the UN and hit them with restrictions of all sorts that separate them from the world and eventually result in them being an easy prey.

There are a lot more features announced by Paradox for East vs West and you can check them out below:

East vs West is expected to be released in the second quarter of 2013 and by the looks of it, we’re already talking about an amazing hit for the strategy fans.