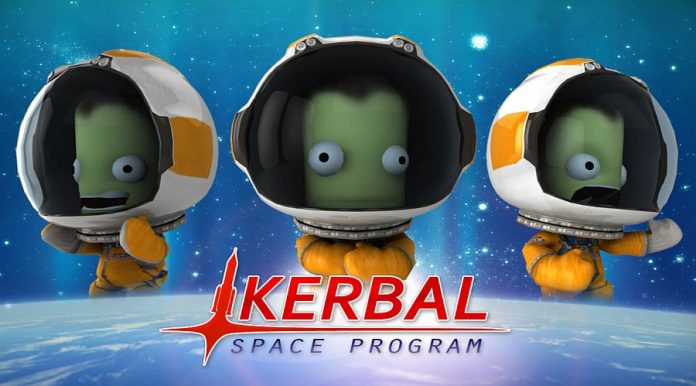 Kerbal Space Program is one of those wonderful little games that you have no idea it exists until you just happen to stumble across a YouTube video or someone posts a link on your forum to say ‘hey take a look at this’. The goal of Kerbal Space Program is a simple one which is to design a spaceship that will take your little Kerbal’s into space and with the ultimate goal of landing on the moon and making one giant leap for Kerbal kind.

If you think this sounds easy, think again. Space fight is difficult and there is much trial and error in Kerbal Space Program. Many Kerbal will have to make the ultimate sacrifice in the quest to build the perfect spaceship. You start at your VAB (Vehicle Assembly Building) that has hundreds of parts to choose from to build your spaceship and you can design any kind of weird and wonderful shape that you want. You can design classic looking rockets or a space shuttle type craft and even jet fighter style planes that can take off from a runway. You will need to fit huge fuel tanks and design multi stage thrust engines just to break out off the earths atmosphere and then work out how to get your Kerbal’s to land on the moon.

During your flight you will need to keep an eye on your fuel loads and ditch empty fuel tanks, control your thrust and make sure your engines don’t over heat, control pitch and angle of your fight and use navigation computers that keep you on target for the moon.  Most flights to begin with don’t end well with either problems at launch or not being able to break free of Earths atmosphere which has your poor Kerbal’s floating around for several minutes before dropping back to Earth, but your brave and plucky Kerbal astronauts can be saved by deploying the parachute on your main capsule. When you do have a flight failure you get a detailed readout of what when wrong during the mission so you can take that information with you into your next launch. You can view the face’s of your Kerbal’s as your ship launches which is always quite amusing and it normally changes from calm and happy on the launch pad to a look of terror as the mission starts to go wrong during flight.

I have only been playing the game for a few weeks so I haven’t had time to perfect my spaceship yet, but there as some wonderful videos on YouTube of people that have designed such a good spaceship that they can get to the moon, take their Kerbal’s for space walk’s on the moon’s surface and then be able to take off again and get safely back to Earth.

Kerbal Space Program is currently in alpha build so there is still many extras that the developers want to add to the game over time such as being able to build space stations and then traveling to other planets. It’s a wonderful little game and I would urge you to give it a try. You can download a demo version for PC and MAC or purchase the current build of the game for $18. For more information go to www.kerbalspaceprogram.com.