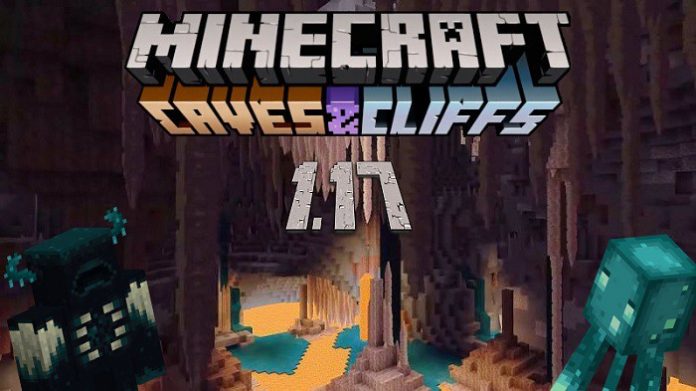 Hello to all fans of the Minecraft universe! We would like to present you with the official announcement of the next update for the Minecraft game. Do you know how many players have already joined and are part of the Minecraft world? This is a huge player base of 136 million monthly players. The announcement of the next global update was presented by the Mojang developers in early October. Mojang has unveiled the upcoming major update to version 1.17 for the world of Minecraft, called Caves & Cliffs, and content that will highlight this theme as best as possible. Please note that the content can be divided into five categories, namely new locations, unique mobs, new blocks, resources, and items. Below you can find out in more detail about the upcoming updates.

The developers of the Mojang studio made the mountains better, namely higher and steeper, and also added huge caves, inspired by the works of the Swedish artist John Bauer, in which players will find new adventures full of new impressions and experiences. In the caves overgrown with plants and moss, you can collect edible berries, azalea leaves, and roots, as well as finish off new and valuable ore. However, one should beware of such growths as stalagmites and stalactites, especially the latter, as they can unexpectedly fall on top of the character and cause damage. 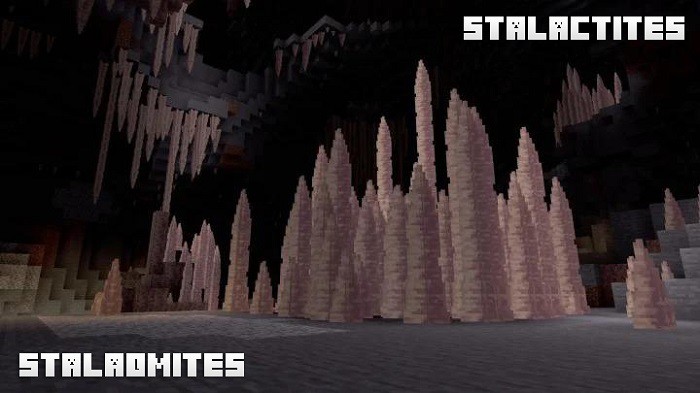 In new caves, players can find blocks such as the new Redstone, with which they can create wireless circuits. Also, underground you can find deposits of copper and amethyst. From these resources, players can craft new items such as the Spyglass, which provides a good view at long range, and the lightning rod, which protects the house from lightning strikes during a thunderstorm. One of the features of copper is the patina that forms on the copper and gives it a unique green tint. For those who do not know, the patina is a coating on copper and its alloys.

In the new update, players can also meet new mobs, one of which is the Glowing Squid that emits light and can easily help explore even the darkest parts of the underworld. 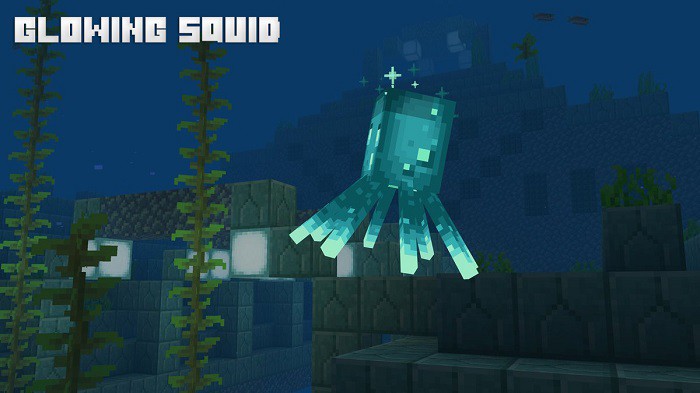 The second mob, the Warden, reacts to sounds and deals a lot of damage when attacking, so you need to sneak past it carefully. The axolotl can be tamed and used as a protector while traveling. And the mountain goat that lives in the mountain biome butts painfully and jumps high. 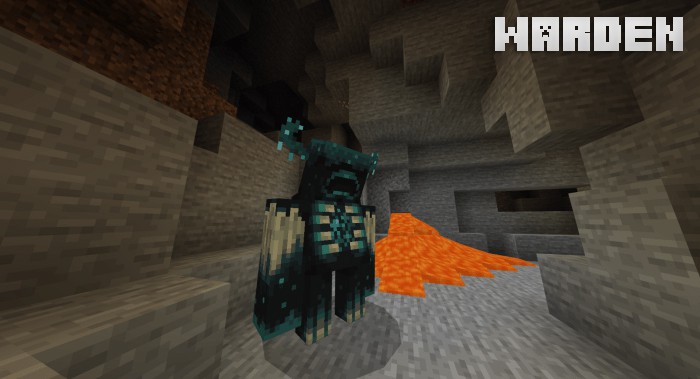 And that’s not all of the Caves & Cliffs update for the Minecraft world. Also, the developers of Mojang decided to make it easier for players to manage and store resources, as a result of which they added Bundle to the game. This is a new item that can store up to one stack of blocks. The bag can be transferred to a friend, and its contents are visible on hover. This is a very useful feature that will certainly come in handy for players who are used to carrying a large number of items in reserve.

And the last feature of the Caves & Cliffs update is a new game mechanic that allows you to conduct archaeological excavations. Players will now be able to mine and process ceramic shards with a special brush, which are then placed on fired pots. The fragments show images of the Ender Dragon, a skeleton, a tree, and other images. 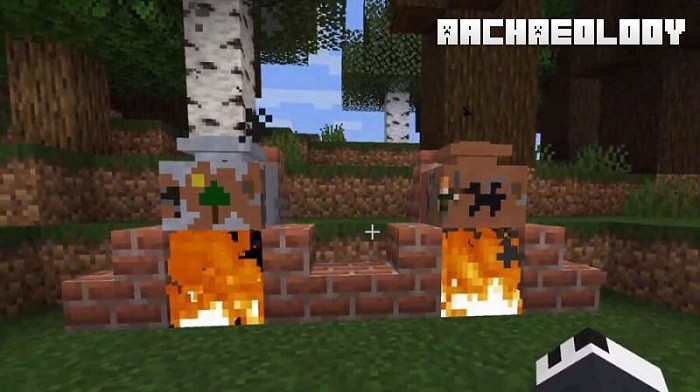 In the future, we will probably still have a lot of interesting and unique content that Mojang will present in the next six months. The release of a major update for Minecraft PE 1.17 is scheduled for the summer of 2021, but before that, there will be several stages of beta testing to make the game more stable and fix all bugs. You can find out when Caves & Cliffs will be released, as well as download a stable build of the update, on the monster-mcpe website. We also draw your attention to the fact that on this resource you will find a lot of other content for your Minecraft world, including mods, maps, skins, textures, and so on.