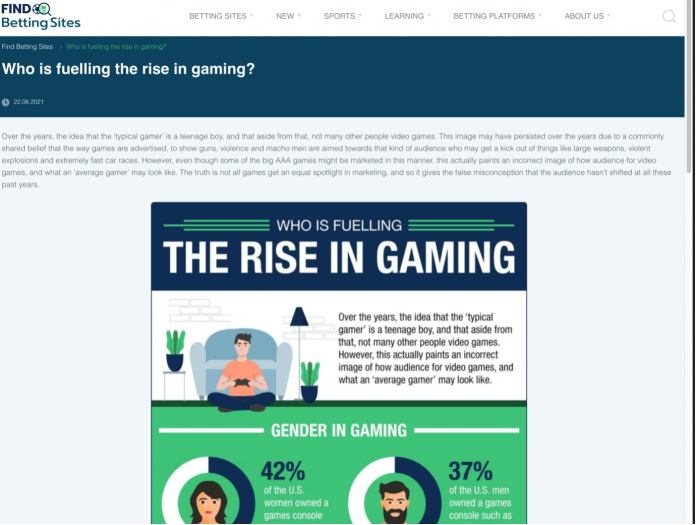 Different age groups enjoy different video games, as seen in the types of genres which are popular amongst children, adults and even the elderly. This is because people of different ages are generally interested in different things, that is simply a fact and research from Findbettingsites shows what the breakdown currently is.

Younger audiences tend to be more attracted to competitive games, with large explosions and immersive gameplay. This can be seen in the high popularity of games like Call of Duty, Fortnite and GTA V amongst the younger audiences, which are games that are not so popular amongst the older audiences. These are also video games which are easily played with friends, which goes hand in hand with the idea of younger audiences being interested in competition, and competing against other players.

Perhaps even from your own experiences, or looking at cousins, friends, or older people that you know, you can understand how a person’s habits and interests change with age and environment. Whether or not a gamer is able to stay up all night gaming or not has an impact on which game they choose to play. Younger audiences have of course fewer responsibilities, such as not having to wake up early for work.

Some studies have actually shown that the youngest gamers are most competitive and that their innate appeal towards competition between themselves and their peers directly influences their taste in video games. It has also been shown that this appeal towards competition strongly falls with age, such that older gamers are less into competitive games, and are more into strategy-based games, and other games which take on a different pace. Strategy games in generally are shown to be the most age-stable video games category, which is most consistently enjoyed by different age groups.

Moreover, there is an interesting differentiation between genders also, as well as across ages, when it comes to the appeal of competition in video games. Younger men have been shown to have the highest appetite for competition and therefore competitive games. However, this appetite strongly drops with age. On the other hand, female gamers are less likely to play competitive games, as their appeal towards competition in general is less than that of their young male counterparts, and this appeal also drops with age for them, but by a relatively smaller degree than what is seen across males in different age groups.