Zynga have launched a brand new game on Facebook, Hidden Chronicles, a hidden object game that is the first Zynga game to take a different approach to the social games genre: the focus is on single player mission completion and interaction between players is limited. However, this does not mean that the game is a poor one – on the contrary!

That’s why I have decided to create the Hidden Chronicles Cheats & Tips: Getting Started Guide to help you get through the early stages of the game, learn how to play it and get the most out of Zynga’s hidden object game!

Getting Started
Zynga will throw you into the action right away and you’ll start by searching for some hidden objects in the first scene of Hidden Chronicles. If you haven’t played a hidden object game before, it’s really easy what you have to do: try to find the items indicated in the lower part of the screen (as you can see in the image below) by clicking on them: 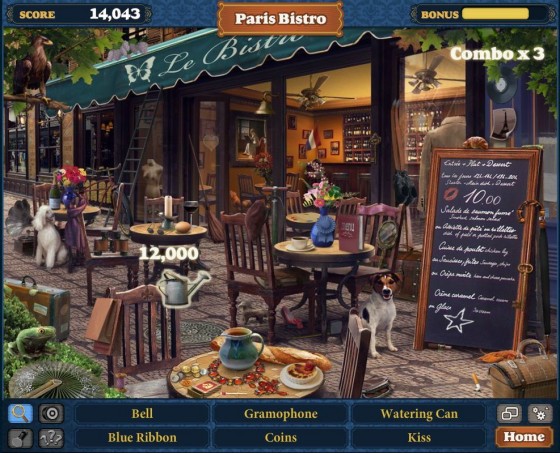 In theory, this is really simple, but most of the objects are very well hidden and blended with the environment, so you might have some tough time finding them all. And that’s exactly the challenge of Hidden Chronicles on Facebook and the hidden object genre overall.

The game is story driven and when you won’t be searching for hidden objects, you’ll be viewing your main screen – the estate that gives you new scenes (the hidden object games) and the surrounding area where you can place decorations, buildings and structures and of course expand your yard: 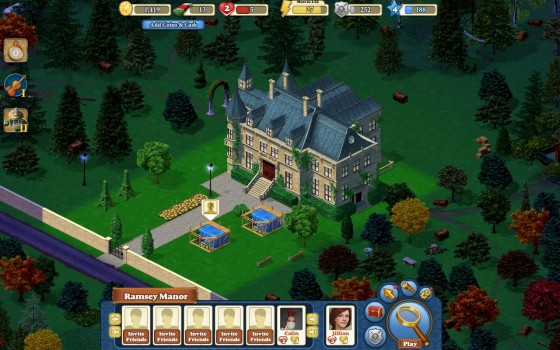 Gameplay basics
As it happens with most of Zynga’s games, there is a quest system in place and these quests will not only help you understand the mechanics of Hidden Chronicles better, but will also help you get the story going, so your focus should be on completing these quests!

You need energy in Hidden Chronicles in order to start a new scene and each has a different cost: energy is replenished at a rate of one every 5 minutes, but you can get some more fast by purchasing it in the market.

After starting a scene, finding objects will give you points and your goal should be getting as many as possible. You will be rewarded points for each hidden item that you find, you will receive combos for finding more in a row and also you’ll be rewarded some extra points if you manage to find the items without using too many hints and based on your overall time (the faster you complete a scene, the more bonus points you get).

Tip for getting more points: try to spot more items first before clicking on the first one, so that you can unlock a combo as big as possible. Also, use the hint immediately to increase the combo even higher (using one hint will still give you the 10,000 hint bonus!).

Mini games
Except for the basic scenes where you have to find the indicated hidden objects, Hidden Chronicles also comes with some really fun and interesting minigames. I will tell you a few words about each one below: 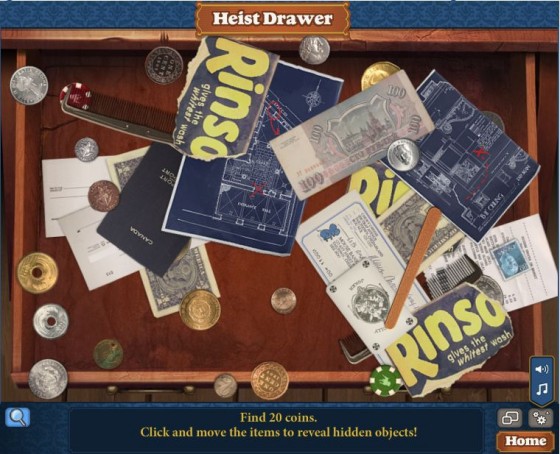 – FastFind: a really nice mini game where you challenge your neighbors to find as many items as possible on a random scene in 60 seconds.
– Find the difference: I guess that we’ve all played this at a point – we’re given two images and we must spot the differences (it sounds easier than it actually is!)
– Bonus challenges: after completing a scene, you will get a mini game that asks you to find a specific number of coins hidden under items that you have to remove or complete a puzzle. The faster you complete these mini games, the more points you get as a bonus to the main scene.

General Hidden Chronicles tips
– You should get at least a few neighbors to start with in order to complete the very first goals, structures and access the FastFind minigames easily.
– Make sure that you play the hidden object scenes as often as possible and never let energy to waste!
– Send requests for Grants (required to expand land) early on to get as many as possible
– Place decorations in your yard to increase the estate points, since these are required to unlock new scenes.
– Try to play the same scene multiple times in a row to increase your knowledge of the scene and therefore to help you get more points from each scene and unlock the trophies easier.
– Very important: take breaks every now and then because your eyes will become really tired really fast from searching for items!

And this should be my quick Hidden Chronicles Cheats & Tips: Getting Started Guide. Make sure to share this article with all your friends and bookmark Unigamesity or like us on Facebook, because I’ll be coming with more Hidden Chronicles content and tricks and cheats in the near future. So stay tuned!