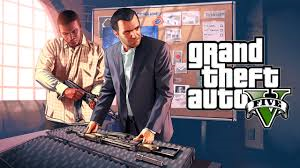 Rockstar says it is working on a fix for a problem in GTA V surrounding customised cars going missing in-between missions, according to a post on their support website.

A number of players have reported to have customised a vehicle during a mission, stored it in their garage to save it, and find it has disappeared after the mission has been completed.

In a post on their support page, Rockstar gave a few tips to avoid this glitch happening. They note that one reason this can happen is through “drive another character’s personal vehicle.”  Therefore recommend not driving, for example, Trevors’ truck whilst playing as Michael. They also advise people not to “park a car in a garage, driving one already in a garage, or getting in a default vehicle, when playing as a character other than the one with your upgrades.”

Rockstar are also investigating reports of the game making older models of the Xbox 360 crashing whilst playing the game, after Kotaku spotted a number of forum posts about the issue. It states that Xbox 360’s that were made or refurbished between 2006 and 2008 suffering from freezes and crashes whilst playing GTA V.

No firm date has been set for the fixes for either of these problems, however Xbox Live Support has provided a couple of steps to help the latter issue of freezing:

Have you suffered from these issues whilst playing GTA?