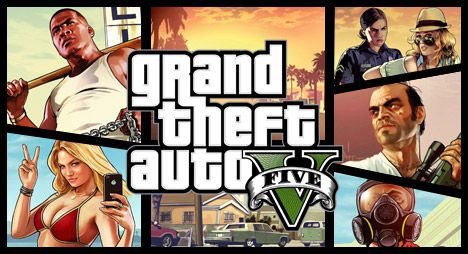 One of the biggest and most anticipated announcements of this year, the release date for Grand Theft Auto 5, has been made by Rockstar and it’s surprising to many: September 17, 2013 is the official release date of the game, which is about 5 months later than expected (or four, according to Rockstar).

Apparently, the release date was indeed earlier, but the regular “game needs more polish” excuse was used, and therefore we’re getting the game in September. It will be really nice to see how it does then, with the Christmas sales closing in and it ready to make it big during the holiday season. Although a Grand theft Auto 2 game is not really what Santa would place under the Christmas Tree…

Either way, here’s what Rockstar had to say about the GTA 5 release date they have just announced:

“Today, we have an official release date to share with you: Grand Theft Auto V will arrive in stores on September 17, 2013.

We know this is about four months later than originally planned and we know that this short delay will come as a disappointment to many of you, but, trust us, it will be worth the extra time. GTAV is a massively ambitious and complex game and it simply needs a little more polish to be of the standard we and, more importantly, you require.”

This might give some hope to PC users, though – no PC version of Grand Theft Auto 5 was ever announced, but we do know that it’s coming. And maybe now Rockstar will have enough time to polish the PC version too and release all versions on September 17, 2013.