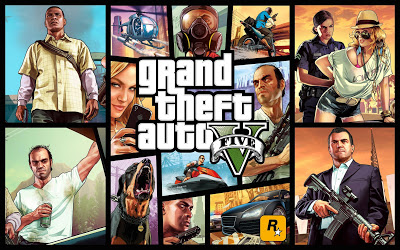 The highly successful launch of Rockstar’s magnum opus, Grand Theft Auto V, has seen a great slew of near perfect review scores and staggering commercial sales. The game has currently generated more revenue than any other form of entertainment, beating out the likes of James Cameron’s Avatar and The Avengers. The game has grossed over $1 billion in sales in just two weeks.

It looks as though the game now holds seven Guinness world Records. The list is as follows:

1. Best-selling action-adventure game in under 24 hours

5. Highest grossing videogame in under 24 hours

6. Highest revenue generated by an entertainment product in under 24 hours ($815.7 million)

7. Most viewed trailer for an action-adventure game

The game has also become the UK’s fastest selling game of all time, it outsold GTA IV’s lifetime sales in the UK in under three weeks, has overtaken The Last of Us to become the PlayStation 3’s best selling digital title. The game also sits on a 97 overall Metacritic score. Making it the highest reviewed game in several years.

By the looks of things, Rockstar has outdone themselves.