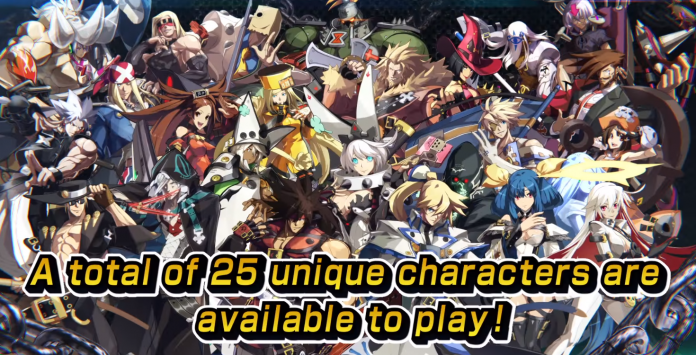 Good news for anime fighting game fans! The recently released Guilty Gear Xrd Rev 2 is the third installment in the latest Guilty Gear series. If you haven’t tried out a Guilty Gear game before, Arc System Works has released a introduction for interested new players just like you!

To start off, Rev 2 brings in some new characters. Fan-favorite samurai with a mean tatami mat Baiken finally makes her appearance in the Xrd series! An all new character named Answer flies into the scene with his sneaky savviness. How would one be sneaky and savvy at the same time you ask? Well that’s natural if you’re a business ninja of course! Yes, business ninja. He’s a quirky and unique character that fits perfectly with the colorful cast of oddities in Guilty Gear.

Guilty Gear Xrd Rev 2 also continues to build upon the very strong tutorial and training modes found in the original Guilty Gear Xrd. If you’ve never touched a fighting game before and you’re looking for somewhere to start, look no further – Guilty Gear Xrd Rev 2 is going to have the most robust tutorial for players that are completely new to fighting games. It’ll teach you the basics fundamentals of 2D fighting games then go over the intricacies unique to the Guilty Gear series. For advanced players, there are trials and challenges designed to hone your skill further. There’s something for everyone here!

Speaking of everyone, if you’re the type of player who wants to have a good fight without putting too much time into the learning all of the mechanics, Rev 2 also features a “Stylish” control mode. In Stylish mode, all of the face buttons perform “chain attacks”. If you attack an opponent, you can continue to push the same button to automatically have your character perform a powerful combo without manually inputting the commands yourself!

Rev 2 will also feature a new story mode continuing the saga from previous games. Story mode hasn’t changed, as it is still primarily non-stop cut scenes. The lore libraries are in tact as well, giving you extensive reading material about the world of Guilty Gear.

As an added bonus, you’ll be able to import save data from Guilty Gear Xrd Revelator. Additionally, if you already own Revelator, you can upgrade to Rev 2 for $19.99 as opposed to the full retail price of $39.99!