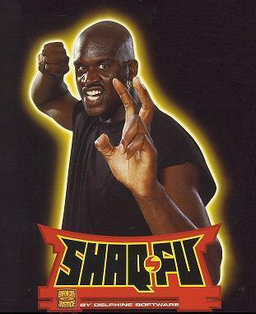 Although widely considered one of the worst games of all time and essentially demoted to an in-joke within retro and fighting game communities, the 1994 Sega Genesis and Super Nintendo beat-em-up Shaq Fu may have a sequel on the way.

The former basketball star Shaquille O’Neal was jokingly asked in an interview for GamerFitNation whether there ever would be a Shaq Fu 2, answering that it was in development and “the graphics are amazing”.

It’s not 100% clear either whether Shaq is joking or not himself, but it is worth noting that he did register four trademarks relating to Shaq Fu earlier in the year. This was assumed to be a protection of property at the time but may have been in preparation for the Shaq Fu sequel. If the game is actually on its way, there was no indication of what formats it would be arriving on.

You can watch the full interview below to make up your own impression of Shaq’s comments: