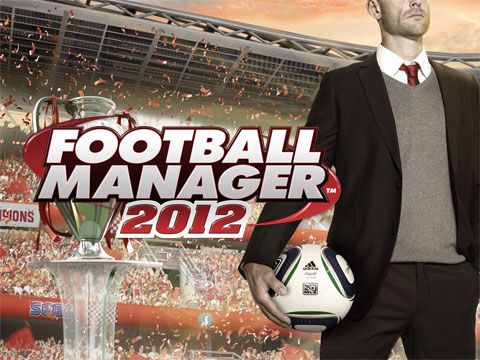 The 12.2 patch has been released right now for Football Manager 2012, bringing a host of changes to the game and turning an almost flawless game into a close to perfection one. So I am sure that you are curious to see what changes did the 12.2.0 patch bring to Football Manager 2012, so check out the full change list below.

General
=======
– Adjusted the selection process to decide which cities get new stadiums built for hosting international competitions
– Fixed issue where possible opposition team lists were not being filled correctly for a minor club when arranging a friendly.
– Fixed old extended leaves being prolonged when giving out new leaves to new players.
– Fixed crash when a player had been released from their club but the tutoring wasn’t cleared down.
– Designated players and Marquee reports from the assistant are now including only players effectively interested in joining the user team.
– Fixed potential for snow in cities where freezing temperatures are not set in the db for a particular season.
– Fixed crash when going to the board request screen when the club doesn’t have a chairman.
– Fine tuned squad morale slightly against league position
– Allowed player morale to remain high or low for a bit longer after a significant event eg winning a competition, promotion, relegation etc
– Fixed issue where players don’t return from international duty immediately after a finals competition.
– Fixed issue where newly promoted team to a new league just been added was unable to be taken over by a human manager.
– Winning team manager stats are now updated as soon as a team wins a league, not at the end of the league.
– Adjusted the chances for a stadium being expanded after being selected to host a major competition.
– Fixed network game crash when the client selects to view a staff’s profile.
– Fixed a bug where contract renewals made by the user where breaking the club salary cap in USA and in Australia.
– Fixed players who have decided to leave on a free transfer general happiness stating they don’t want to leave the club.
– Fixed preferred foot selection when reading in future regens from EDT files
– Adjusted general player progression and production of newgens in in-active nations.
– Fixed potential crash if assistant manager reporting on international players has no contract with club team.
– Adjusted the age limit for being a candidate to tutor another player.
– Improved Best Eleven selection.
– Fixed some instances of players unrealistically rejecting loan moves to feeder clubs.
– Fixed Best Player in Europe achievement.
– Fixed player being described as being stripped of the captaincy when he in fact resigned it.
– Stopped B club players getting annoyed when removed as captain after being promoted to the senior side.
– Fixed a rare crash when saving the game just after resigning/being sacked from a club side.
– Fixed issue where user could not control reserve team in matches sometimes.
– Fixed clubs promoted to the BSN/BSS without managers do not appoint managers.
– Carlos Tevez is no longer transfer listed by request at the start of the game.

Backroom Advice
===============
– Stop backroom staff recommending retraining a player in a different position when those games were for a team he went on loan to.

Biography
=========
– Fixed instance of empty space at beginning of biographies for some players.
– Fixed information on player’s winner’s medals being occasionally incorrect if player had particular history movements.

Confidence
==========
– Add some gradual wage confidence changes when the manager has been in charge of the club for less than a year to stop huge jumps in confidence.

Editor
======
– Added missing Australian marquee player types to the editor.
– Fixed issue with neutral venues being used for a league stage if a previous competition was using a host nation.
– User can now block promotion for B/reserve teams in a league if they come within 2 divisions of their main team.
– Fixed Finnish lower divisions not being able to be added via the editor.

International Management
========================
– Fixed ai manager reported as sacked when he is stepping down after winning the European Championship.
– Fixed new manager resigning after competition finishes, despite manager responsible for poor performances having already been sacked.
– Holiday to Next Squad Selection Date will now holiday to the earliest squad selection date of any national team the human controls.
– Added ‘Take Control’ button to news item asking about whether you want to take control of newly-created Olympic team.
– Improved AI squad selection with regard to the number of strikers selected.

Manager Interaction
===================
– Competition winning topic is no available immediately after a team wins a league or cup.
– Fixed code in possible comment in the recent signing topic.
– Fixed code in pitch condition comment.
– Fixed responding to a manager who has been negative towards you allows you to say it is nice to receive positive comments.
– Fixed journalist name appearing instead of manager’s name in overachieving comment by AI manager to human.
– Fixed code in Manager Interaction news item concerning Club Survival Chances –
– Fixed appears in AI Manager comment on user’s high flying team
– Fixed been able to state other managers have criticised another manager when no comments have been made about them in the press
– Improved managers comments about other managers playing style

News Items
==========
– Fixed appearing in “Injury Worry” news item after announcing squad.
– Fixed news item concerning a team’s history of tournament qualification being incorrect.
– Some pre-match strings have been improved.
– Fixed rare instance of newly-transferred player potentially stating that he is looking forward to playing with a former team mate.
– Fixed competition bidding news item using wrong year when announcing final hosts.
– Fixed no button been available on the news item to chat with an unhappy player when he has gone public with his unhappiness.
Fixed code appearing in competition joint hosts announcement mail.
-Fixed ‘without a club for a short time’ for players who had been without a club nearly a year.
– Stopped news item potentially advising setting non-contract player to be made available for loan.

Player Interaction
==================
– Recommend possible future staff role conversation no longer ends after the initial suggestion.
– News item about player having their transfer request refused no longer refers to a 24-year old player as an “ageing”.
– Players are B and C teams now report their happiness to the B and C team manager rather than the A team manager.
– Stopped players who have just returned from a leave of absence getting unhappy about lack of first team football.
– Stopped players unhappy about a lack of first-team football having their unhappiness removed in the close season.
– Stopped players thinking moving to club more at home will not make him feel more at home via homesickness conversation.
– Stopped players who are already unhappy about wanting to leave getting upset about not wanting to leave.
– When a user takes over a new club, players who were already at the unresolvable stage of unhappiness will now hold a private chat.
– Fixed players getting unhappy about the team underachieving in opening and closing stage leagues when the team has won the opening stage of the competition.
– Players are now transfer listed by request when they come asking to leave and the manager agrees to sell them as soon as possible.
– If a player is unhappy about the number of rivals at the club but are getting first team games they will no longer request to be transfer listed.
– Players who are on holiday or on a leave of absence can no longer have private chats.
– Players are now transfer listed when the user uses the statement “This was only going to be a warning but if that is -your attitude I’m going to transfer list you now” in the warning transfer listing conversation.
– Fixed not been able to give into players when first talk to them about wanting to leave the club.

Scouting
========
– Scout of smaller club returning with a low amount of results when being assigned to scout a nation he has full knowledge of.
– Ensured scout only takes a day to scout a full knowledge nation, when part of a region/continent.
– Stopped user in charge of big club from being recommended players of a poor standard by a top scout.
– Helped prevent user from getting duplicate scout reports on same day from same scout.

Transfer/Contracts
==================
– Ensured smaller club’s reputations don’t fluctuate too much when signing/selling players.
– Fixed ‘Contract Length’ being blank when starting contract negotiations in some cases.
– Stopped player midway through loan gets another loan offer accepted by parent club and moves to new club.
– Got AI Teams to respond after user offers their negotiated transfer terms for their player.
– Encouraged AI Teams to be more pro-active to offload players who they aren’t going to register for the League.
– Reduced amount of players from a number of different leagues are moving to the Middle East.
– Stopped user being able to offer a higher wage percentage than the board are allowing for a loan deal.
– Stopped players wage dropping due to activating a ‘Wage After Reaching League Games’ clause after initially seeing his wage rise due to the ‘Match Highest Earner’ Clause in his contract being activated.
– Encouraged Spanish lower league sides to not sign as many free transfers which was leading to bloated squad sizes.
– Encouraged youth players who were previously unwilling to enter contract negotiations with newly appointed manager, to enter negotiations.
– Fixed problem with Swedish youngsters unwilling to move from youth contract to part-time contract.
– Stopped player demanding ‘Team of the Year’ bonus, despite the division not having a team of the year award.
– Fixed player on trial states he has previously been offered a contract when he hasn’t.
– Stopped player stating it would be a dream to sign for the users club, when contract talks have previously failed.
– Allowed user to be offered a part time contract that they can accept without altering the ‘Contract Type’ dropdown box.
– Finnish youth contract wages after 20 games clause demands reduced.
– Fixed user not being able to progress past a ‘Must Respond’ news item regarding a co-ownership decision.
– Fixed being on holiday when a transfer offer is accepted leads to the news item missing the Offer Contract button, news now appears.
– Stopped important team players being transfer listed and loan listed when nation not active.
– Fixed when attempting to sell players with admin club the deal will fall through with no explanation.