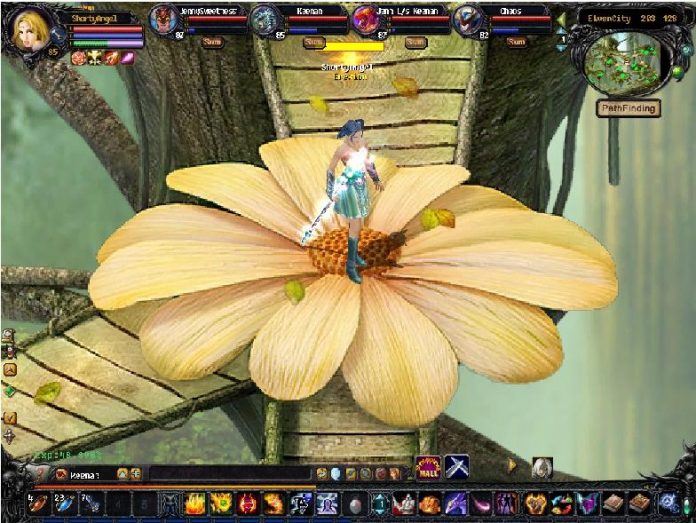 NetDragon Websoft announced today that Eudemons Online is receiving a summer expansion called Dawn of Romance on July 31st. The new content pack will transform the game’s main goal, surviving and fighting for justice is now a secondary mission, since fighting for love will to be Dawn of Romance’s main focus, as the company stated:

This summer, Eudemons Online is set to release a new expansion called the ‘Dawn of Romance’, in order to surprise the people who have fought with their friends, legion, and family members over these long 7 years! (…) This time, you aren’t fighting just to survive, you must fight for your love!

This upcoming Eudemons’ expansion will be totally dedicated to those in love. The level cap will raise up to 150 too, meaning that players will have a long journey ahead of them to reach ultimate power once again. Check the expansion’s trailer here:

Marriage will become a possibility with Dawn of Romance, the couples will be able to dress properly by wearing marriage dresses but that’s not everything. The couplet can share customized rings with its own name craved on the metal, this jewelry piece has the “power to summon a Ring Spirit, which will bear witness to your love in this fantastic world of love and magic.” Having babies in a MMO may seem impossible and unlikely but Eudemons Online will change that perspective. Players will have the opportunity to have several babies and each one will be “gifted with different personalities and powerful attributes, such as M-Def, M-ATK, M-Atk & Def, P-Def, P-Atk and P-Atk & Def.” There will be several ways to improve babies’ abilities, thus increasing player’s strength as well.