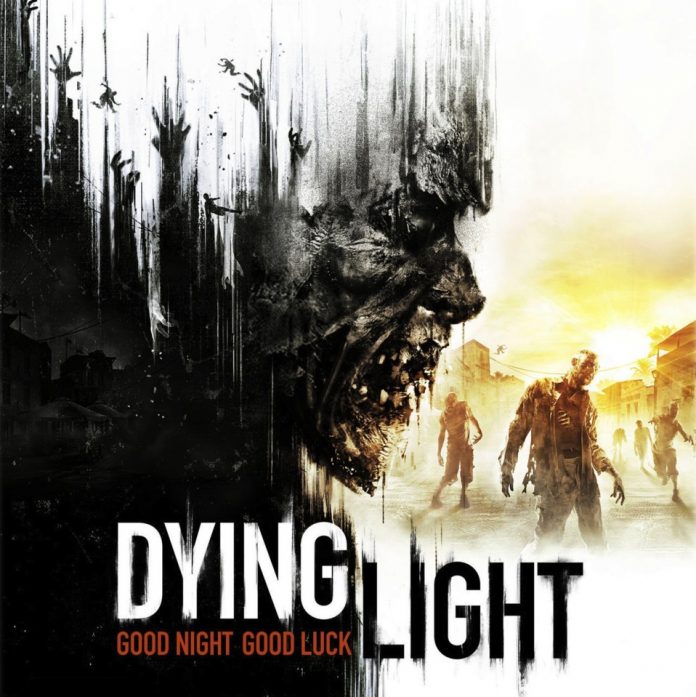 Good night and good luck – Dying Light’s killer motto, and as much as it pains me to say it, luck is exactly what you will need as you play this utterly brilliant game. It is truly remarkable that in spite of an antagonizing month long delay on the physical copy of the game, Dying Light has actually managed to storm the U.K gaming charts, overtaking sales of The Order: 1886 (according to GameSpot) *it’s okay, your fans forgive you*. Techland’s (the games developer) take on a zombie apocalypse has so far earned itself well over 1.2 million purchases, pushing quite boastfully past games like GTA V and Advanced Warfare as it overtakes their sales figures. Now let’s go into a little more depth as to why this zombie-riddled game is well to put it plainly, freakin’ awesome!

Dying Light is an action role-playing, survival-horror game, set in the fictitious post-apocalyptic setting of Harran. After infection overwhelmed the land resulting in a zombie outbreak, Harran was quarantined. You play as Crane, a dude who works for secret organisation, GRE who have sent him to the land of the dead to reclaim a file. Dying Light has more or less a very typical take on survival horror-games to date. With a hierarchy of the undead making other zombie forms more challenging to tackle than others, weapons made out of remains of civilization and with a hint of some all-powerful secret organisation holding all the cards, this game could be taken as just one of the many zombie-fied games before it’s time. However, Techland have stepped up their game and brought a certain uniqueness to Dying Light, in the form of free-running. This alongside the dynamic day-night cycle, really sticks this thrill of a game strides above it’s competitors.

Dying Light – Run for your life

As mentioned prior, the most profound features of Dying Light are it’s perfectly incorporated free-running and dynamic day-night cycle. The free-running is incredibly smooth and easy to get to grips with, featuring very similar controls to that of Mirrors Edge (2008). As you throw yourself hopefully from one run-down building to the next, you yourself feel very nimble and agile as you watch zombies smothered in blood, snarl up from beneath you *Ha-ha suckers*. With ground-level being overrun with flesh-hungry infected, lingering like yobs outside a shop after dark, the rooftops are wonderful for staying out of harms way. However, once darkness approaches, tie your shoelaces tightly and get ready to leg it. Yes, throughout the game it is often mentioned that going out at night is suicide.

With more agile and actively aggressive zombies known as Volatiles coming out at night, it is fair to say if under prepared, you should just run your sorry behind to a safe house and don’t look back. However, manning up and going out at night is inviting, as you are rewarded double points for the Agility and Survivor section of your skill tree, so if you want to chance it, stuff dozens of flares in your pockets and hope for the best. On the topic of Dying Light’s skill tree, it is organised into 3 sections: Survivor, Agility and Power.

Now, each of these sections gains experience points by the player using aspects of each, for example, if you launch yourself from rooftop to rooftop you are likely to level up your Agility, if you stay at ground level and massacre zombie after zombie you are going to level up your Power section, whereas the Survivor level increases on account of well, surviving. If you are looking to increase the survivor level, the best way to go about it would be to try your luck with the Volatiles at night.

With very addictive and enjoyable gameplay aspects, Dying Light has found a successful niche within the survival-horror genre.

The beauty of Harran

Techland have made Dying Light very aesthetically pleasing, considering a post-apocalyptic wasteland, dominated by flesh-fixated zombies can only be conceived as the complete opposite. The vast majority of buildings are free to enter and loot, allowing us to visualize what a post- apocalyptic world would be like. Furthermore, with free-running abilities players can reach higher ground, allowing them to get a real take on their surroundings.

In regards to the 3D models of the zombies themselves, Techland have indeed made them look horrifying. They are insanely detailed right down to their scraps of remaining clothing. Occasionally, the player will encounter zombies that are wearing gym wear or sports attire, this ties in quite cleverly with the advertisements for a sporting event, scattered around the city. Could this insinuate Haraan was hosting a sports event causing so many people to be present at the time of the infection (2014)? This would correspond with Techland’s original plans for Dying Light’s release in 2014. Coincidence? Most likely not.

Dying Light’s stunning visuals really enhance the horror factor of the game and bring the fear within it to life.

Throughout playing Dying Light, players will come in to contact with zombies of several different varieties, some being more of a cause for concern than others. Biters are at the very bottom of this hierarchy, being very sluggish and maneuvering slowly through the streets. Gastanks are also as common and sluggish. Virals are a step up and are much like runners from The Last Of Us (2013). They are recently infected and still possess human qualities. Drawn to the player by load noise, they will actively hunt you unlike biters. Much to your surprise they have a habit of sneaking up on you when you are climbing so keep an eye, although their moaning and squealing will probably give you a heads up. Introduced at more or less the same time are Goons (giant zombies wielding two-handed weapons *keep your distance if you know what’s good for you*), Toads (acidic zombies that more or less spew their guts as ranged attacks) and Bombers (exploding zombies that will probably reduce your health to 0 in one swoop). The more dangerous of the zombie-kind are Demolishers (almost like a wrestler in zombie form), Screamers (child zombies that scream to attack, obscuring your vision and alerting other zombies), Bolters (not so much dangerous but rare, catch them to discover weapon upgrades) and finally the Volatiles (bloody-messes that appear at night, keep out of their line of site or suffer the consequences).

Nothing makes a survival-horror more realistic than a well-thought out array of enemies to battle. This hierarchy does this game a mass of justice and gives it the horror factor it needs to give it’s competing games the edge.

Dying Light incorporates everything a good survival-horror game should, yet finds a way to make it noticeably different. The games developers have ensured by combining an intriguing story-line and fun aspects of gameplay, that this game doesn’t disappear among the endless range of zombie games to date. It proudly stands out and deserves every last bit of praise it is bound to receive this year. If you are yet to purchase a copy, stop reading now and just buy it. There are hordes of zombies anticipating your venture into Harran, ready to be whacked the stuffing out of.