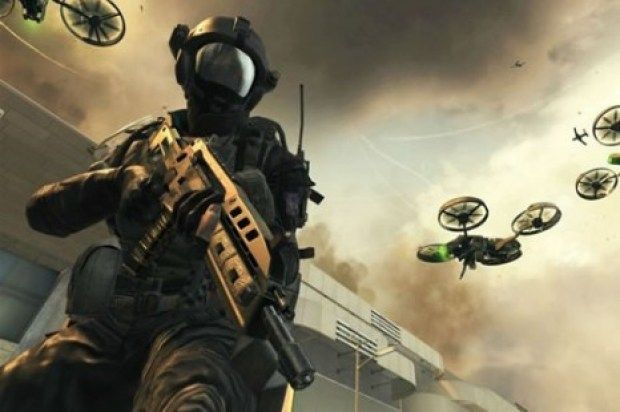 Like it or not, Call of Duty is a force to be reckoned with. What started as a modest PC game has grown into a franchise that almost single-handedly brought video games to the forefront of our society. An activity that once was reserved for “nerds” and “geeks” is now for all, largely because of the success of Call of Duty 4. These days more than ever, though, gamers seem to be divided into two groups concerning the franchise – love it or hate it. With this generation of consoles coming to a close, it’s time we take a quick look at the games that defined the multiplayer of the generation for most. The games that simultaneously brought us closer together and divided us more than ever before.

When Call of Duty 2 made its first major impression on the console crowd in 2005, developer Infinity Ward put a pretty good foot forward. The game was received pretty well across the board, but the phenomenon didn’t start there. A year later, Activision decided to start its two-headed development beast by trusting Call of Duty 3 to developer Treyarch.  Also received well, the series was garnering some serious steam, but it was evident that the WWII genre was wearing on everyone’s patience. Fortunately, Activision made the move to the modern era the next year, when Infinity Ward was back at the helm, releasing Call of Duty 4: Modern Warfare to rave reviews. With the release came record sales numbers and a phenomenon that has yet to be quelled. But what was it that made it so universally praised? And how did it come to be so hated?

If you look at some of the most popular games in the first-person shooter genre, you will polished gameplay, a certain amount of skill needed to perform well and certainly some unique, genre-defining features. Call of Duty 4 had all of those, and was one of the most accessible games to new players. Going toe to toe with Halo 3 didn’t deter the team from adding a few welcome additions to the genre — features that would be copied by many games since. The perfectly paced action of the matches was met with, for the first time, killstreak rewards for getting several kills in succession. Adding a small edge at first, then more firepower later, and finally adding an automated extension of yourself to fight along with you, the feature was a hit from the get go. To coincide with these, there was also the perks system. A system of trade offs and constant attempts to balance and offset your opponents. Suddenly the playing field was an ever shifting chess match, trying to match tactics and guess what your enemy was going to bring at you. But that wasn’t all. The customization of the variety of weapons gave each player just enough feeling of uniqueness and something to strive for to keep coming back. Add in RPG elements such as experience points and leveling up, and players were hooked. Upon reaching the highest level, players were treated to one last surprise, the prestige mode that added a little flair to your profile, and let you raise higher in the ranks. We all love to be the toughest kid on the block. The series continued with the namesake conventions in yearly iterations, constantly upping the ante and giving the players more options and things to work towards than ever before. However, it was almost immediately that it’s fall from grace began.

The yearly installments were just one of the many straws weighing on the camel’s back. While there were fundamental additions to the killstreak and perk systems along with more and more customization options to choose from, at some point there became a disconnect in the gameplay. At some point a player could get a couple killstreaks and sit back and watch his rewards mow down countless enemies. The player no longer needed to play the game to advance. And when streaks like a game-ending nuke entered the field, the tactics of many players changed completely. It was no longer about winning the game and getting the biggest pot of experience, it was about getting 25 kills in a row by sitting as far away from the objectives as possible, picking off a foe here and there. Those players that were trying to win seemed to be in the minority. More bothersome to some was that the accessible nature of the game made it too easy to kill enemies left and right. From throwing a grenade high into the air at the start of a match hoping it would connect to launching grenades from a launcher all the way down field, almost everyone had come to expect a random boost in points at some point. From a large number of these types of weapons to guns that had no recoil when fired and even the brief “deathstreak” mechanic, the complaints of beginner friendly features grew more and more with each installment. The hardcore players wanted it to be hardcore, but the beginners were happy to be able to hang. All of these complaints are amplified by the rapidly aging  (albeit updated every few years) game engine that each game was based in. After returning to Call of Duty 4 after several month of Black Ops 2, I personally believe they both play extremely similar, tactics and equipment not withstanding.

While the groups of Call of Duty players are largely divided, it still seems like the extremely polished gameplay brings back even the naysayers with each installment, if only for a little while. I have to say I see the argument both ways. Most importantly though, both sides should agree that it is important for another franchise to step up and challenge the series. Competition leads to improvements, better experiences for all.

It will be interesting to see where Activision lets the series go with the next generation consoles. With the announcement came the promise of a new game engine, which could bring a number of improvements to the winded series. However, as of right now, it remains one of the biggest video games in the world. Not only did it define a genre and a generation of consoles, but it left its stamp on many games that have been released since. Love it or hate it, the evidence of Call of Duty’s importance will resonate in video games for years to come.