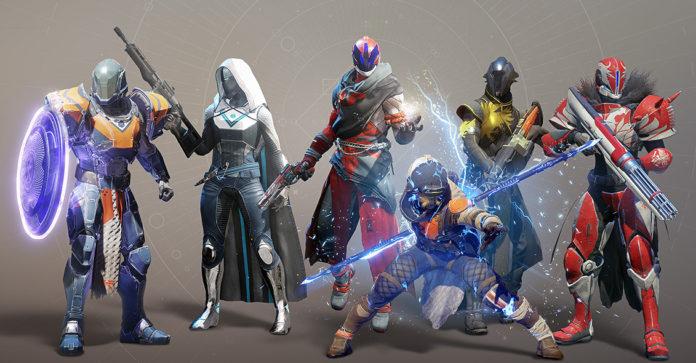 In the beginning of any new guardians journey into the enthralling world of Destiny 2, you are faced with a daunting choice. What class should I choose? The reason this question is a meticulous one is due to the fact that you will most likely pour hours of gameplay into this character and you want to make sure your choice was as satisfying as it could have been.

No one likes coming around the corner on hour 40 and realizing that you may have selected the wrong class from the start, then you’re either stuck with what you got or you have to scrap the time played and restart. So to alleviate this problem for everyone I have created a how to of sorts for picking your first class. Without further ado, lets jump right in! 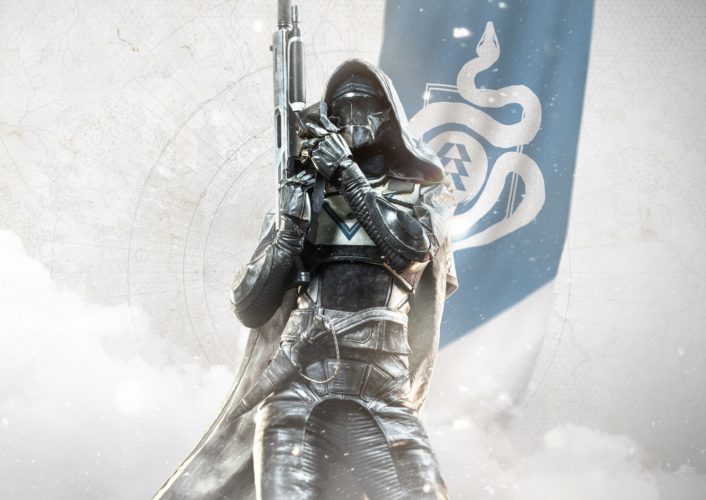 The Hunter Class is my personal favorite, it favors stealth and agility over all else. Agility is everything to a aspiring hunter, they are made to propel themselves across the map. Their defensive class ability is Dodge, which essentially is a boosted leap in any direction.

This can be used to escape or flank enemies as to gain a better advantage in battle. There are alot of different variants of the dodge throughout your subclass options, and you need to pay attention to the description of each, they could change the entire way you play your character. Some of the dodges reload your equipped weapon, and some that manage to turn you invisible for a short time.

This could give you the ability to gain distance between you and a heavy enemy or give you time to heal some of your health in dire situations. The next thing we need to cover that the Hunter class has access to is the double jump ability. It increases the maneuverability and height of your jump, and can be upgraded to a triple jump (which justs adds one more jump maneuver to your stack) allowing you to surpass the height of any other class jump abilities. The last thing every class has is a super, which is a single rechargeable powerful ability used in battle for multiple reasons.

The hunter’s super choices are short ranged (Arc Staff) in which your hunter gains a staff brimming with arc lighting that you use to get up close and personal with enemies all the while flailing the staff in every direction almost in a martial artist style way.

The Long Ranged (Golden Gun) in which your hunter gets enveloped with golden light and pulls out a revolver or hand cannon, and in a way that i can only describe as a cowboy shootout blows away anything within its sights. The final super for a hunter is both close range and long range depending on which way you spec its abilities. The (Nightstalker) ability finds the hunter covered in void darkness wielding a bow to shoot and tether enemies together to chain damage through many enemies all at once. After the addition of the forsaken DLC, three new supers were added.

The void super (spectral blades) in which you become invisible and roam the battlefield equip with two void blades to cut your enemies to ribbons with, the solar super (blade barriage) where you gain the ability to jump into the air and toss many exploding knives at enemies that also act as tracking rounds that lock onto targets that surround you, and the arc super (whirling guard) in which you take your arc staff and twirl it fast enough to repel bullets away from your guardian and with every bullet you repel you increase the damage that can be done with your staff on physical attacks. 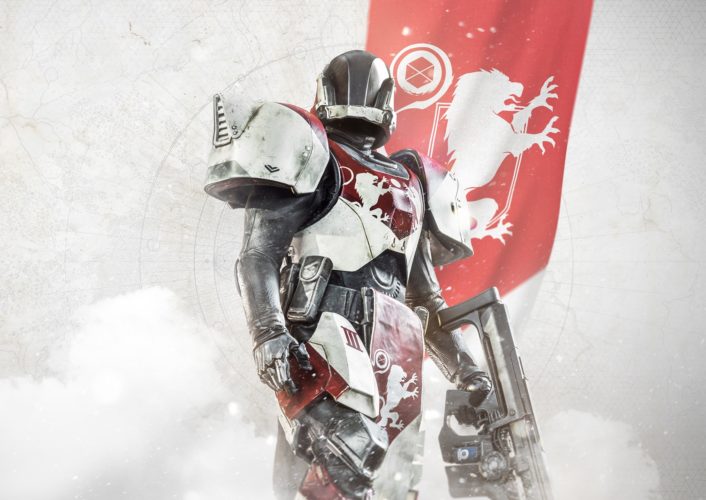 Titans are the tanks of destiny 2. They are the guardians built to take the most damage and keep the party safe. Titans are specially designed for more resilience. They have the defensive ability of placing shields to protect themselves or other party members. You get the choice of two barricade options with every titan subclass.

The large barricade blocks incoming damage up to shoulder height, where the smaller rally barricade is used for crouching height but also instantly reloads your firearms. The smaller barricade is useful to prevent damage but is used more frequently due to the instant reloading mechanic that you gain when placing it.

That mechanic can come in handy in a tight spot against some powerful enemies or just for a quick reload during pvp. The titan jump ability is more for speed than anything else. It resembles having rockets strapped to your calves and when you activate them you get an immediate boost to whatever direction your facing. When you activate this ability in mid-air you shoot yourself from point A to point B with accurate precision.

The other main ability that Titans have exclusively is the shoulder charge. Basically a rocket boosted shoulder check that damages whatever is in your path, and it counts as your melee ability. This can be used to your advantage in pvp, when you get backed into a corner and need to escape quickly. The Titan supers are comprised of the void super (sentinel shield) where you become a purple captain america, equip with shield and all. You gain the ability to throw the shield for outstanding amiunts of damage or charge with it for close combat.

The solar super (hammer of sol) has you becoming thor except with fire instead of lightning. You gain a hammer of sol that you can bring down the flames of the sun on your enemies, leaving sunspots that deal damage or heal damage wherever you strike your hammer. Atlast my personal favorite titan super, the ark super (fists of havok) hulk smash with lightning.

You can either run up and do a huge smash damaging everyone in the vicinity or just smash one big enemy for mass damage yields. Forsaken also brought three more supers to the fold for a titanl.

The solar (siege hammer) a massive hammer that devastates the ground on impact enough to create tremors and a flaming tornado in its wake, the void (banner shield) creates a void shield that repels enemy fire but allows your fireteam to shoot from within the protection, and the arc (thundercrash) sends your titan hurdling at enemies as if you were a missile and crashing back to earth like a meteor. 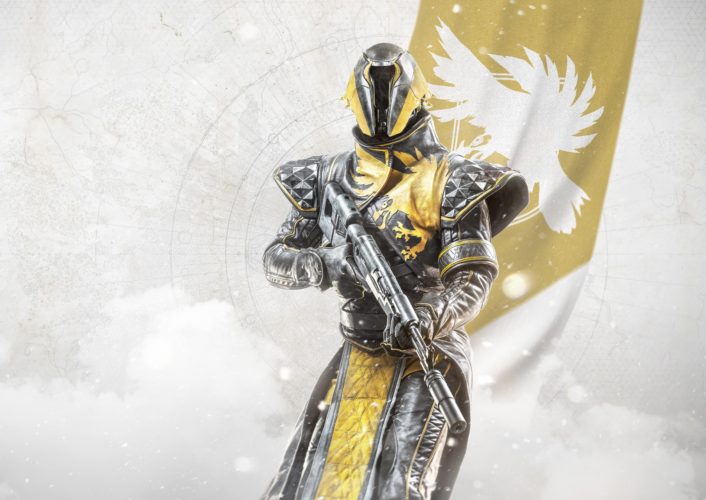 Finally we are at the most underestimated guardian class in my opinion, the warlock. The warlock is often seen as more of a support class but my view is that they can also be killing machines if spec’d correctly. See the warlocks have a class ability unlike any other guardian, they can call on the powers of a rift. A circular AOE effect that either heals any party member that enters or a effect that boosts damage output to any guardian within its borders.

These abilities can come in serious help on raids and during pvp objective based modes. The warlock jump is basically a more directed glide than anything else. Once you jump and push the jump button a second time you activate a glide mechanic that almost feels like your personal gravity has dissipated to almost nothing. Now it does not last forever but can be very useful to get across maps with speed and precision.

Although it is one of the hardest jumps to master for beginners it is one of the most fun to play around with once you understand the mechanics. Also just to note if you select voidwalker as a subclass you will gain the ability to blink (point to point teleport) which is fun but even harder to master and can be very disorienting at first.

The warlocks true claim to fame are in their super abilities. The solar super (daybreak) gives you the ability to throw flaming swords at enemies that explode on impact. This can be upgraded to lock onto enemies or to allow you to hover in a glide while attacking simultaneously, keeping you off the ground that is most likely full of ads. The void super (nova bomb) allows you to focus void energy into one explosive mass and launch it at your opponents, this can further be upgraded to create a vortex where anything standing within receives continuous damage, or a tracking nova bomb that follows opponents until detonation.

Then finally the arc super (stormtrance) allows you to channel pure arc lightning through your fingertips, kinda like emperor palpatine in star wars. This lightning is transferred from enemy to enemy until either everyone is ash or you run out of power. After the forsaken dlc dropped the warlock’s supers changed a bit as well.

The void super gained the ability of (nova warp) that gives the player the opportunity to teleport continuously short distances and when you are finished teleporting you land and unleash a devastating explosion of stored power.

The solar super ability (well of radiance) in which you plunge your flaming sword into the ground to create a large aura field that heals and empowers all inside, and the last ability to be gained is the arc super ability (chaos reach) in which you fire off a long range beam of arc energy, that can only be described as a kamehameha from dragon ball z and in my opinion is the most satisfying of all the additions.

This guide aimed to give new guardians a place to start, and this truly is the start. Once you brave the first few hours into your new life as a guardian you will start to realize that this guide only scratches the surface of the content in the world of Destiny 2. After you master the basics of what your character can achieve, the sky’s the limit. So go forth and conquer guardians!