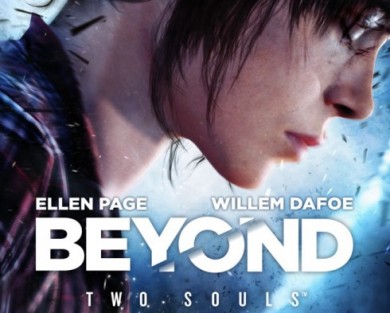 David Cage has reported that there is no game over state in Beyond: Two Souls, Quantic Dream’s upcoming PS3 title staring Ellen Page and Willem Dafoe. Cage told Joystiq in an interview that: “I’ve always felt that ‘game over’ is a state of failure more for the game designer than from the player. It’s like creating an artificial loop saying, ‘You didn’t play the game the way I wanted you to play, so now you’re punished and you’re going to come back and play it again until you do what I want you to do.’ In an action game, I can get that – why not? It’s all about skills. But in a story-driven experience it doesn’t make any sense.”

He also stated that the main character, Jodie, can in fact die. So this ponders a natural question, what happens when and if you die in the game? Cage answers: “It’s a game about death, so you can imagine that death plays a role in all of this. Actually, it’s one of the big discoveries – one of the big mysteries in the game is to discover what’s on the other side. And it’s definitely not a black screen.”

Beyond: Two Souls sounds more and more intriguing as we get closer to it’s October 8 release. There were reports that the actual game did not play as well as many have hoped for. The controls felt stiff and it just wasn’t fun. But with the announcement that both Hans Zimmer and Lorn Balfe will be doing the original score for the game, and the acting chops of Ellen Page and Willem Dafoe will all help propel the game.

The game will also support a co-op mode. Players can play as both Jodie and Aiden, Jodie’s supernatural friend. The co-op mode will apparently be integrated within the single player. No separate mode has been announced.