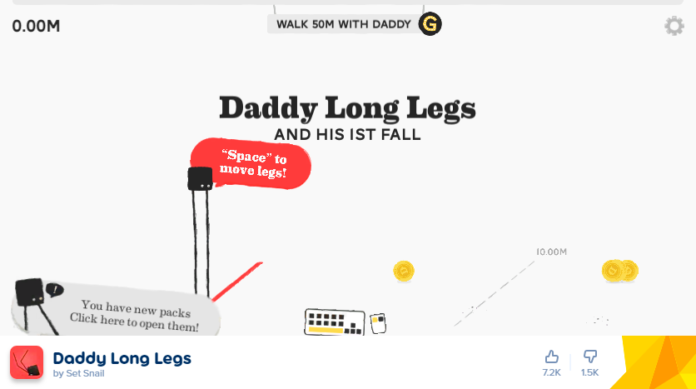 There are some games which offer players expansive vistas to explore. Players will perch themselves on a cliff edge and look out across the massive, untamed plain, spotting hostile creatures and places of interest to explore and loot. These games create holistic worlds in which to live, worlds which have claimed massive chunks of many players’ lives. These are, to put it simply, mammoth games that have no pretensions towards being small or humble.

That’s fine, but if such a thing can be popular then there must be significant demand for its polar opposite. Some games must by necessity be smaller, more self-contained affairs without sprawling, disparate mechanics to learn. Said games would naturally find popularity among those who don’t have a huge amount of time to invest in sixty-to-seventy-hour games, and would instead prefer to play one thing over and over again until they improve enough to claim progress, however minor. 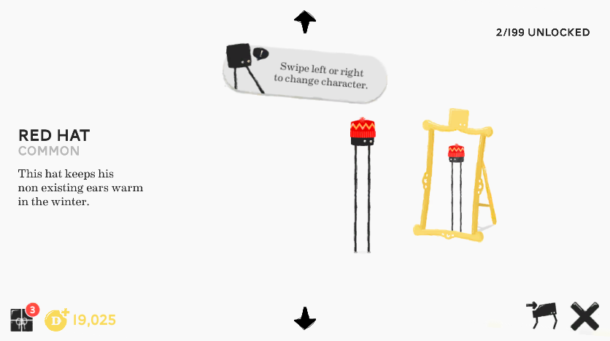 Happily, this is a niche which Daddy Long Legs is happy to fill. The origin of this game is Denmark, with a little experimental studio called Set Snail (get it, it’s a pun on “set sail”, or at least we think so). Set Snail describes its mission as “serious code, silly games”, implying technical wizardry and a desire to create more temporary, less involving experiences for players. Not in a bad way, of course; frivolous fun has more than earned its place in our overly serious world and among the triple-A dinosaurs which vie for our time.

In essence, Daddy Long Legs is a game about control. Two characters are available for players to choose from here: the titular Daddy, a sort of stilt walker-type creature with impossibly long legs, and the rather terrifyingly-named The Horse, whose legs are further apart and whose body is longer and larger. Both of these characters interact with their world in largely the same way. Each must alternate their legs in order to move forward, crossing thresholds which grant in-game currency and gifts as rewards for making progress. 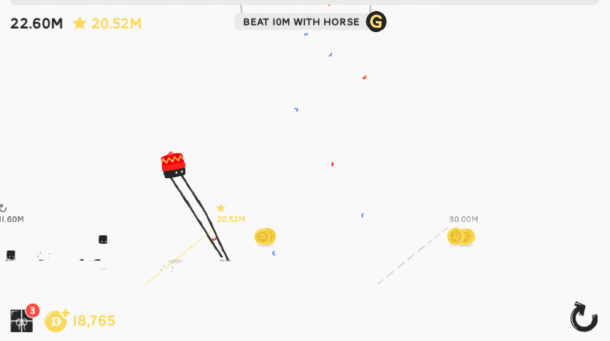 What’s ingenious here is how the game fundamentally changes depending on which of the two characters you have selected. Since Daddy Long Legs is a game which focuses largely on its mechanics and its physics, changing those mechanics and physics in subtle ways can create a completely new game if done right. The Horse doesn’t completely alter the way in which Daddy Long Legs is played, but the character does necessitate a new way to think about the game. As such, we recommend you start off as Daddy, and that’s how we’ll be talking about the game from now on.

The controls for Daddy Long Legs are deceptively simple but belie an incredibly difficult and demanding game – in a good way. Pressing the space bar, or clicking the left mouse button, will start Daddy walking. If you don’t press anything in the next split-second, Daddy will fall flat on his face and that run is over. Even if you do die here, you’ll still get some coins and extra stuff. The game’s strapline is “it’s okay to fall”, and that angle is gently reinforced by the showers of rewards Daddy Long Legs throws at you even if you do fail early on. 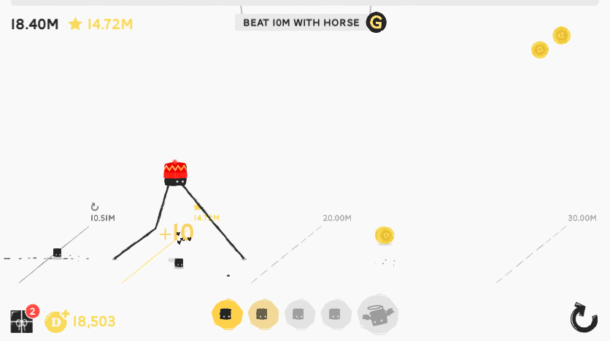 Fail you will, too, because this is not a game that wants to hold your hand. Daddy Long Legs will simply watch you die over and over again. The first task you have before you is to travel 50m in total across both characters. Unless you’re phenomenally skilled, that’s likely to happen in small increments, not all at once. At the moment you complete this challenge, you’ll see a new one appear: die 20 times. Daddy Long Legs is a game with failure baked into its gameplay; it wants you to fail, to learn from your mistakes, and to pick yourself up and try again.

To entice players to want to do this, Daddy Long Legs has two aces up its sleeve. The first is its undeniable immediacy. This isn’t a game with longeurs. Once players die, they can pretty much instantly pick themselves up and start another attempt. Quickness and a lack of barriers between players and play are both essential factors in a game like this, so it’s nice to see that Daddy Long Legs understands this. Each attempt just doesn’t last for long enough to become frustrating, so you’ll constantly want to try again just so you can keep the flow going. 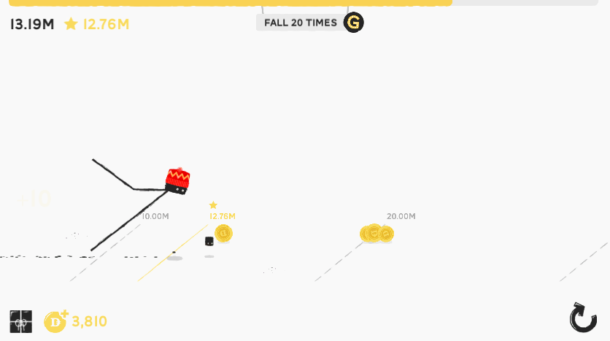 The other ace up Daddy Long Legs’ sleeve is its absolute smorgasbord of unlockables. There are 199 different cosmetic adornments and accouterments you can unlock over the course of your time with Daddy Long Legs. Each of them does nothing except add a new thing you can look at while you’re playing, but they will do a lot to alleviate the frustration you might be starting to feel after the hundredth failed attempt. Things like a pair of underpants on Daddy’s head, or a floral arrangement draped over the Horse’s body, do a lot to create good will for those characters and for the game.

All in all, Daddy Long Legs is great fun in short bursts, and it’s hard not to envision most people playing for lengthy stretches of time because of how accessible the game is. Its controls and its gameplay are, in some ways, monstrously difficult, but in others welcoming and easy to grasp. Don’t expect to make a huge amount of progress and you will have a great time with Daddy Long Legs. 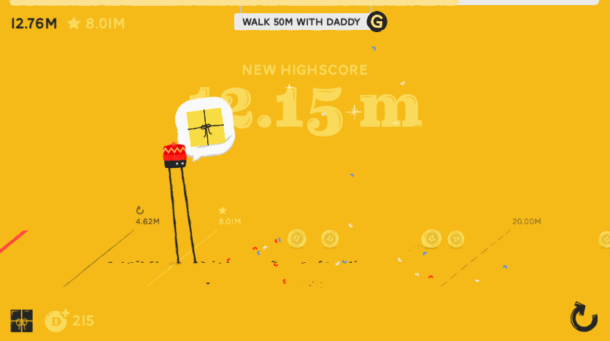 If you liked this game, you can probably try others like Rodeo Stampede: Savannah Review.