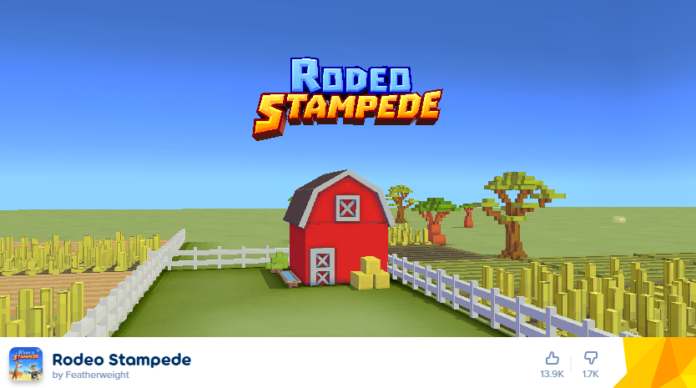 A stampede is defined by the Oxford English Dictionary as follows: “a sudden panicked rush of a number of horses, cattle, or other animals”. Essentially, it’s a response to a group mass impulse that makes a herd of animals feel like it’s threatened. Stampedes can also happen in human groups, but they’re most common among animals like rhinos, horses, wildebeests, and so on. They’re remarkable to see, so go check some footage of one out if you’d like some entertainment.

If you’d prefer something a little more hands-on, then perhaps a game like Rodeo Stampede: Savannah can give you an idea of what it’s really like to be involved in one of these. In Rodeo Stampede: Savannah, you play an incredibly enterprising gentleman or lady who has taken it upon themselves to run a zoo in the sky. In order to attract guests to said zoo, you need animals, naturally, but this person isn’t one to delegate, so they head out to the great untamed wilderness in order to bring in the animals for themselves. 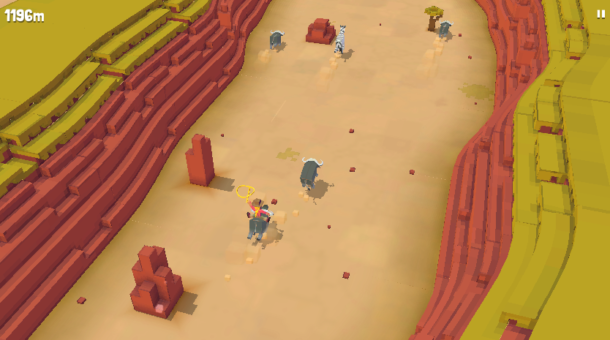 The best way to experience the madcap ridiculousness of it all is probably to play Rodeo Stampede: Savannah for yourself before you read on. We’ll obviously get into some of the specific mechanics and things the game does, but it’s best experienced yourself so you’ve got a grounding. Perhaps its closest comparison point in terms of the gameplay loops it uses would be Firaxis’ 2012 strategy game XCOM: Enemy Unknown. Though the games aren’t superficially similar, Rodeo Stampede utilizes a similar symbiosis in its mechanics.

How it works is thus: there’s your Stampede segments and your Sky Zoo segments. During Stampedes, you’ll be working to secure animals for your zoo so you can put them on display and attract punters. During the Sky Zoo parts, you’ll be tending your animals (although you won’t actually need to do too much to this end) and upgrading their enclosures in order to make the Stampede segments easier. In this way, both halves of the gameplay feel necessary, and there’s something compelling about each one that means neither feels like downtime. 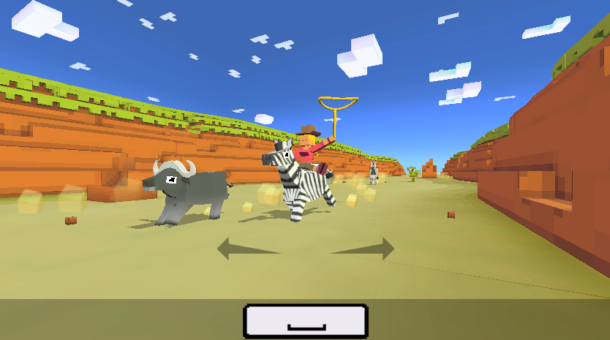 Management sims can sometimes get a bit unwieldy and difficult to keep track of, but Rodeo Stampede: Savannah manages to keep its business side light and simple. You won’t be doing much other than upgrading your Sky Zoo and keeping the customers happy, and the only way to do that is to keep bringing them exotic and interesting animals. In-game currency can be used to make the zoo bigger, as well as providing more facilities and enclosures for customers to enjoy.

The concept of a zoo in the sky is a rather delightful one, and it’s refreshing that Rodeo Stampede doesn’t even try to explain why this exists. Instead, it’s happy to simply put its imagination on display and bid you keep up. There’s a series of unlockable hats and accouterments for your rodeo cowboy or cowgirl, but they don’t do much other than change the cosmetics of the game, so it is really all about those two segments of gameplay. 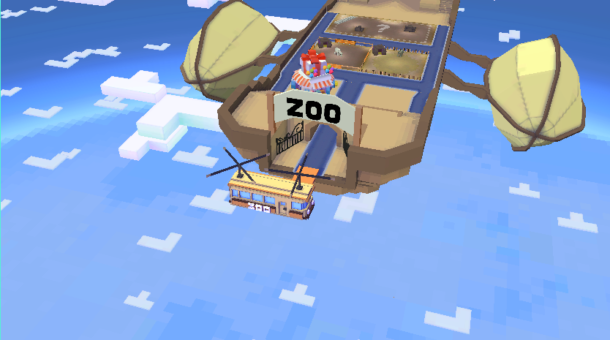 Once you’re done tending to your zoo, it’s off to the stampede to try and capture some animals for yourself. This is done with a lovely little cannon animation that feels punchy and cathartic each time it happens. Your protagonist is launched into the sky to sail down into the stampeding herds, and that’s where the second phase of gameplay begins. This portion of the game is rendered in beautiful Crossy Road-style blocky visuals, and the music pleasingly accompanies your cowboy or cowgirl and mirrors their movements as they ride their animal to victory.

To accomplish this end, you’re given a fair amount of control over your protagonist. This is an auto-runner style game, so you won’t need to move forward on your own. Instead, you’ll face obstacles and other animals which must be avoided. Pressing left and right will move you left and right (believe it or not), while tapping the space bar will launch you into the air. Pressing space again when within range of an animal will land your rancher on said animal, at which point you’ll tame them. You then have a certain amount of time to ride them until they get angry and throw you off. 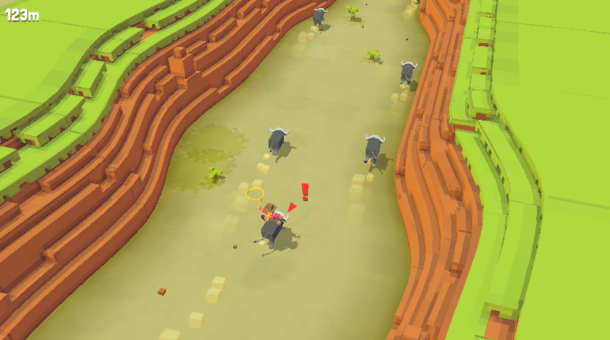 Gameplay thus revolves around finding new animals to tame and sending them back to the Sky Zoo. This part of the game is over once you’ve found a new animal and can send them back to your zoo, so each run is about finding that new animal. Things start off easy enough but the difficulty ramps up in a satisfying way; you’ll need to time and position your jumps carefully if you don’t want to splat into the rock face that lines the canyon in which the animals stampede. 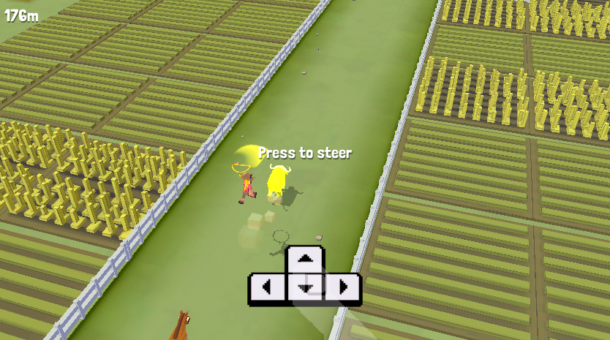 Rodeo Stampede: Savannah is pretty forgiving with its mechanics, so if you do die you won’t lose too much progress; it’s just back down to Earth to try again. The game progressively unlocks more and more interesting animals, so even if the central gameplay was frustrating or difficult it’d be worth it just to see what came next. Thankfully, it isn’t. Rodeo Stampede: Savannah is a blast. The controls feel great, the management gameplay and arcade sections complement one another perfectly, and the visuals bring everything together in a retro celebration of blocky brilliance. Check this one out ASAP.