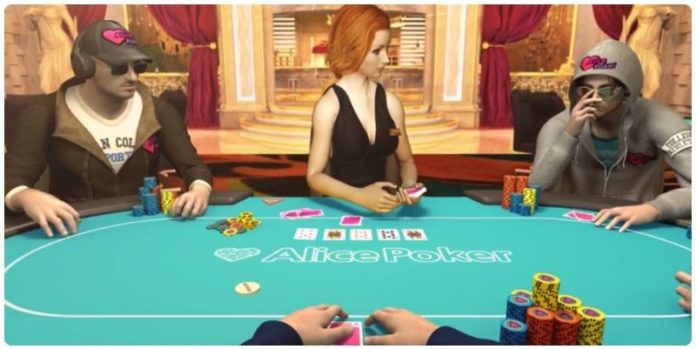 The advancements in the field of Virtual Reality (VR) have made many things we couldn’t even imagine ten or so years ago possible. As expected, VR has been dominant in the world of gaming, where different gadgets are starting to take over, and expectations people have from their gaming experience are becoming increasingly demanding.

The question is, how does this correlate to online poker and, more specifically, the online poker market in the United States? Is the Land of Free ready for the new era of VR poker and can it play the crucial role of bringing online poker back to the US on a large scale?

When the “Black Friday” fiasco struck back in April 2011, it caused online poker in America to largely die a sudden and painful death. The current shambles on the United States online poker market is summed up well by Beat The Fish: “US online poker is a free market Ayn Rand couldn’t even figure out.”

The bits and pieces that survived the crisis couldn’t hold a candle to the industry that used to provide pastime and the source of income for tens of thousands of Americans.

Initially, it was expected that US legislators would come up with a solution fairly quickly. Many believed that happenings of the Black Friday were a preamble of a larger plan that would create a safe and regulated online gaming environment.

However, many were wrong.

The Limited Scale of State-Based US Online Gambling So Far

Unfortunately, lawmakers in the States demonstrated very little interest in coming up with any type of law on a federal level. A few states, New Jersey, Nevada, and Delaware, came up with a legislation on the state level, but so far, that’s been the extent of it all. 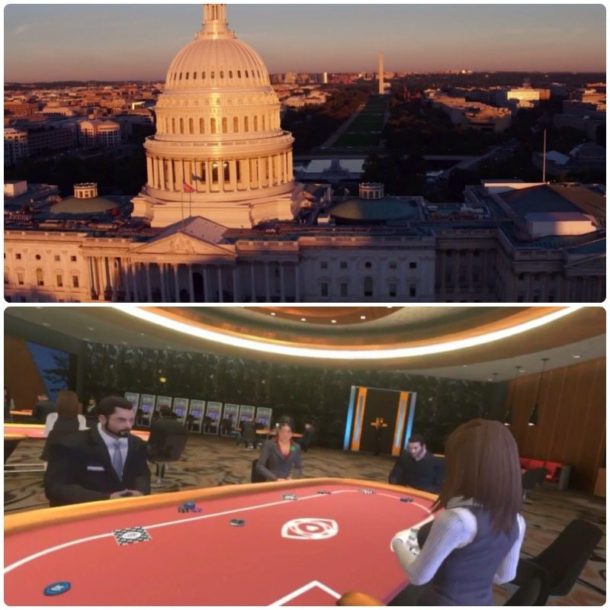 In the meantime, people in the US have started to forget online poker. Although it was hugely popular back in the day, having to deal with so many hurdles just to play a few hands of small stakes Texas Hold’em isn’t something a majority of Americans is willing to deal with. In fact, proponents of online poker from some US states like Florida have been warning that if legislation isn’t passed soon, it could be too late for online poker.

Could VR Usher in a New Call to Regulate Online Poker in the USA?

In the light of the fact that traditional online poker is slowly becoming a thing of the past in the States, VR poker brings a new hope. Although companies haven’t shown too much interest in this idea, we’ve seen a few attempts that look promising. And these ideas might be exactly what the US online poker market needs.

Online poker as we know it may still be appealing to serious players and those who make living playing, but for casual players, it has become tedious and frustrating for many reasons that go beyond the scope of this article. This is especially true in the US where hordes of young people never had the opportunity to play online poker at all.

Their expectations about online gaming are different than those of generations that came before them. Even a federal legislation wouldn’t change that fact. A fairly basic and flat gaming experience offered by currently existing online poker rooms could hardly grab their attention.

VR Poker Is a Different Beast

VR poker is something completely different. If done right, it could offer a fully-encompassing experience, new, unseen levels of interaction, and create a completely immersive atmosphere much like the one you’d experience in a live casino (or even better). For the recreational players, this would be amazing, and it might also change the way the US politicians see online poker.

It seems impossible to talk about online poker and not touch upon topics of feasibility and profitability. If VR poker is to succeed in the US, it needs to be accepted and endorsed by a critical mass of players. And, while the idea is likely to appeal to many, the question remains how many of them would actually be willing to go out and pay the money for the required equipment?

Unlike traditional online poker, where all you need is your PC or a mobile device, Virtual Reality poker will require additional gadgets, such as Oculus Rift. Right now, the price of such gadgets is fairly steep, which might deter quite a few players.

The good news is, prices of VR equipment are gradually decreasing, and they’ll probably soon reach the level where anyone interested in playing will be able to afford them without giving it too much thought. Hence, as long as the game is exciting enough, this shouldn’t represent a serious obstacle.

Would the Old Guard of the USA Poker Site Market Welcome VR?

Those who used to make big bucks playing poker back in the day probably aren’t thrilled about VR prospects. Clearly, these games will be focused on the experience and having a good time instead of playing 15+ tables at the same time and squeeze as much cash as you can from the other players.

There is no denying VR poker wouldn’t be a great solution for hardcore grinders, but if it can reintroduce online poker to the US, it is hard to say anything bad about it. If nothing else, it would certainly entice many recreational players to visit brick and mortar casinos around the country and see how they measure up in the live setting.

So, even if you’re looking at it from a selfish perspective of someone who’s in it just to make money, VR poker could bring more fish to your live tables. With a new poker boom would also come filled tax coffers for US bureaucrats.