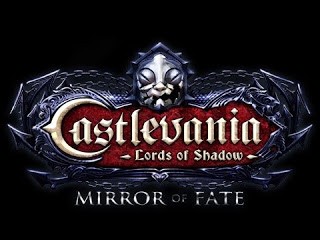 Konami has confirmed that the latest handheld Castlevania game is getting the HD treatment this fall. The original story comes via Gameinformer, as the release date for the game has already been set. Konami looks to release the game as a downloadable title, and will be available on both PSN and Xbox Live on October 31st. Mirror of Fate, which was originally released on the 3ds on March 4th of this year, was semi-poorly received by both fans and critics. The game currently sits at a 72 Metacritic score, with a user score of a 73.

HD images of Mirror of Fate can be found on Lords of Shadows’ Facebook page here. The reasoning behind this HD re-release is yet to be found, but the obvious guess is that it can complement Mercury Steams Lords of Shadow 2 title. Mirror of Fate follows the classic side-scrolling game play mechanic that can be found in older Castlevania titles. You can play as three characters as well, Simon Belmont, Alucard, and Trevor Belmont.

This looks to be the last hooray for Konami and their Lords of Shadow games, as they look to end the sub-series this fall. Lords of Shadow 2 is reportedly the last entry and looks to end the Belmont saga. The original Lords of Shadow was released on October 5, 2010 and was met with critical acclaim. The game ended on a spectacular note and the sequel looks to improve upon it’s predecessor in every way. While the handheld Mirror of Fate wasn’t met with the same reception, here’s to hoping the game can improve with it’s HD version.