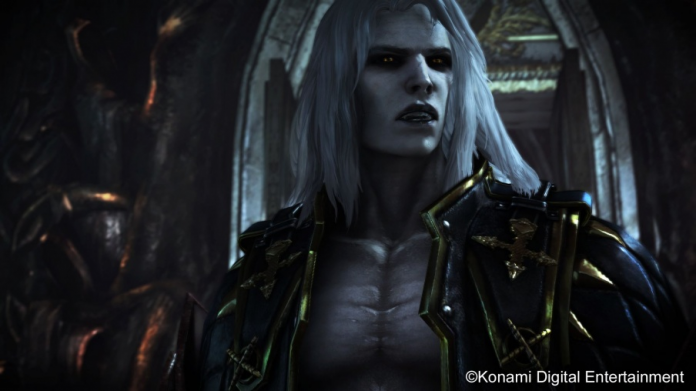 Konami has revealed that new piece of DLC for Castlevania: Lords of Shadow 2 will feature the vampire warrior Alucard, son of Gabriel Belmont; the protagonist of the Lords of Shadow games.

The content, which is called Revelations, will be set before the events of Lords of Shadow 2 and will apparently set the events of the main game into motion.

Konami also promised unique abilities for Alucard, including use of the Glaciem and Igneas powers during combat. On top of this you also have the ability to transform into a wolf, swarm of bat or even the ability to time travel.

The official blurb of the new DLC states:

The legendary vampire, Alucard, the turned son of Gabriel, has shunned human life for many years, instead choosing to hunt only creatures of the night. The DLC takes place just before the apocalyptic events of CASTLEVANIA: LORDS OF SHADOW 2, where Alucard readies for his father’s return and the forthcoming battle against Satan. As the plot unfolds it begins to reveal how the lone vampire is inextricably linked to his Father’s fate.

The content is due for release on the 25th March, only a month after the release of Lords of Shadow 2, which is the final game in Gabriel Belmont’s story.

What were your thoughts on Lords of Shadows 2? Are you excited to be able to play as Alucard? Do you think the quick release of the DLC is a positive thing, or should there have been a bit more of a gap?