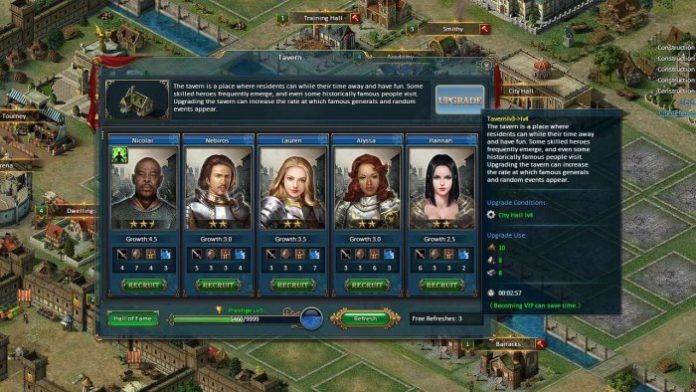 The strategy free-to-play browser game Fortuna is now live. The game is set in the European medieval period, where players can experience different genres simultaneously. Despite strategy being the main genre, pure action is one of the main attractions of this browser-based title. Perfect World Entertainment’s general manager, Andrew Brown, stated that Fortuna is a new challenge, in a new field:

Fortuna is a first for our company, which has previously focused on publishing client-based PC titles, including the award-winning Star Trek Online and Dungeons & Dragons MMORPG, Neverwinter, As with all our titles, our number one goal with Fortuna is to connect players around the world through games of the highest quality, regardless of platform or genre.

In Fortuna, players can rise empires, create customized armies, lead them against fearless enemies and conquer numerous lands. Rising up fame and fortune is something that everyone wishes but not all are able to achieve, however in the world of Fortuna, every player has a great chance to become wealthy and powerful through the manipulation of influence and control. Alliances play great importance in this strategy title, without the favor of others, your empire won’t stand alone against the multiple adversities that can come from any part of the world. But first of all, gathering resources is the most important, without them no empire can ever be built.