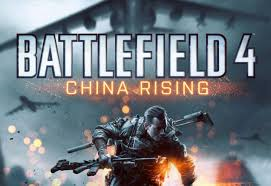 Yesterday saw Battlefield Premium members get a hold of the China Rising , and with it came some more problems for developer DICE to deal with.

Players have reported issues with joining the China Rising servers after downloading the map pack, and others than can join have reported being kicked straight away. These problems have prompted EA to publish a post on their help page about the issues (Thanks for the spot, Eurogamer):

“While exploring new battlegrounds in the Battlefield 4 expansion, China Rising, you may run into an occasional hiccup, issue, glitch, or problem that could interrupt or prohibit your gameplay.” The post reads.

The post goes on to say that it is working on the issues of being unable to join servers on the Xbox 360 and getting kicked from games in the PC version, and they will be trying to get it released as soon as possible.

This help page also recommends players on all platforms to ensure that along with downloading the new DLC to ensure they download the patch released alongside the new content. “Please be sure to download the patch and the China Rising downloadable content in order to play,” adding “After downloading your game update, make sure you’ve downloaded and installed China Rising by heading to the in-game store on console, or for PC players, going into their Origin client and going on Battlefield 4 from there.”

PlayStation 4 gamers are still waiting for their patch, which was due yesterday, but has been delayed due to ‘additional testing’ being done.

These problems are just a few more in a string of bugs that have affected Battlefield 4 since its release. These have prompted DICE to offer double XP for any multiplayer match played between the 28th November and 5th December as an apology for such a problematic launch.

Have you suffered any of these problems playing China Rising? Or are you still suffering some problems outside of the DLC that you feel need to be addressed as well?