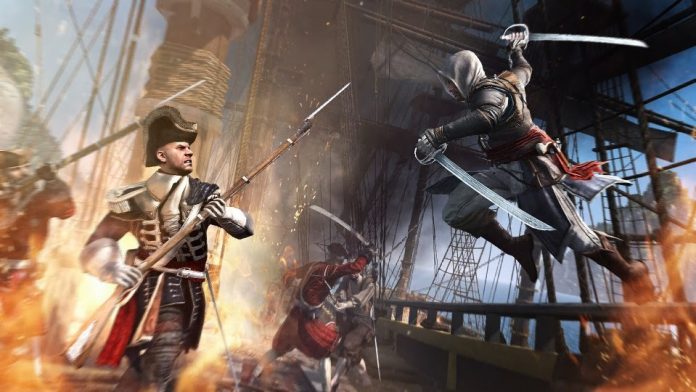 Gold is crucial in Assassin’s Creed IV Black Flag (AC IV), every new item and upgrade costs certain amounts of gold, as well as other resources. Making money is not hard in this pirate game; however it requires patience and determination. The main trick is to be extremely active between main quests. Exploring and doing side assignments are the most profitable ways towards financial ascension. Discover all the ways to become rich easily and quickly in Assassin’s Creed IV Black Flag.

Looting has never been an exciting task, no wonder that some games have an automatic loot system but in AC IV, players have to loot every single corpse. It’s tedious but it’s worth it. Each body gives around 10 gold, it’s not an impressive number but remember that during each mission you kill dozens of enemies. The more you kill, the more you gain. It’s a vicious cycle that can be applied to most gold methods in AC IV.

Stealing from common citizens is not a noble activity but this game doesn’t have any sort of reputation system, which means you can freely steal all you want, nothing will really happen, well besides lots of free gold entering your pocket. This task can be extremely bothersome and I don’t quite advice you to do it unless you need to get a few coins as soon as possible.

Slaying and skinning animals are great material sources, which can be used to craft valuable items or sell to local shops for great amounts of gold. Either way, it’s always profitable to catch wild beasts and loot their valuable parts.

4. Loot Every Treasure Chest in Each Map

Treasures usually hold lots of gold and unique items, so I strongly advise you to search and loot all of them. They can also unlock special upgrades for the Jackdaw. If you need ammunitions for your weapons, then chests can provide you some as well.

5. Complete Every Side Mission

If main quests give out certain rewards, side quests are no different. In fact, most assassination contracts are very rewarding and a great gold source. Some missions are difficult to accomplish but keep trying; the reward will most likely allow you to buy better gear once the mission is finished.

7. Collect Lost Materials in the Sea

Plundering ships is not the only way to collect resource materials; you can always loot lost random materials from the sea while traveling. Whenever you see them, don’t forget to take them aboard – it’s free money.

High level ships either carry impressive amounts of goods or high amounts of gold, taking down the ships means profit no matter what. This is a task that cannot be done at early levels, however once you start upgrading your ship, you should try this challenge. 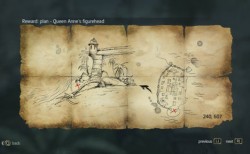 Collecting treasure maps is very important in AC IV, since it exposes the location of hidden treasure chests. Locating the exact spots in each map will allow Edward to dig and collect unexpected rewards from the buried chests, which includes gold most of the time.

Survivors can be found all the time while traveling the seas, taking them in doesn’t exactly give you money but it surely prevents you from renting their services. When you lose crew members, you’ll either have to pay them to join your ship or find lost ones in the ocean. Keeping your crew limit full is a great way to never have to recruit them at the taverns.