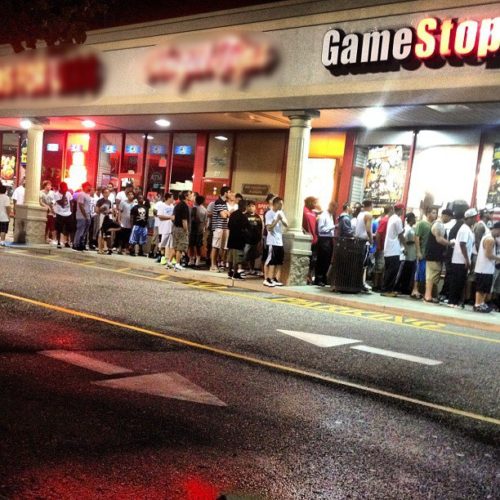 As I write this article, gamers are camping out at their local Best Buys, GameStops, Wal-Marts and anxiously refreshing their browsers for the most recent shipping date and time. On the eve of the Playstation 4 launch, with Xbox One creeping around the corner, anticipation grows for fans. New technology, new games and unfortunately, a renewal in the proverbial fanboy pissing contest will return with a vengeance. Both consoles are amazing pieces of hardware. The specs alone are enough to give any tech savvy fan the ultimate nerdgasm. They boast incredible graphics, beautiful sprites and are capable of rendering impressive and expansive environments. Here’s the thing though…where are the games?

Many reading that last line will jump to the defense of either console, blasting me with a tirade full of passion and expletives. It’s great to hear opinions from the gaming community: it makes what I do more entertaining. Just to clarify, I am not denouncing the quality of these dream machines or what they can and will deliver. As I’ve stated earlier, the power encased within the advanced devices exceeded my expectations. However, there were technological issues with several day one models of last generation consoles (red and yellow ring of doom anyone?) I may be speaking too soon. Anyway, I digress. My point is, there are a lack of games worthy of owning at launch. Yet this is all too familiar with how the cycle has been working for quite some time.

Day One launch titles are known to be safe and familiar for those that prepare to enjoy them. Here’s the set pattern: there’s a driving game, a sports game (or two), a shooter (probably Call of Duty) and a notable sequel (the third or fourth iteration). Let’s look at a few launch titles from the last two generations of Playstation for example:

And now the next generation:

I don’t blame developers for how they sort out what games to debut with their brand new gaming consoles for the next generation. They’ve proven the formula has worked for past, present and soon to be future generations (if it ain’t broke, don’t fix it, right?); however, I feel it’s borderline lethargic and safe. That’s just my opinion. And yet again, herein lies the problem…no transcendent launch titles that are both original and novel. There was hope for one such title that hung on until it ran into an unfortunate delay: Watchdogs. (Spring 2014 can’t come soon enough).

With hefty price tags, unwavering hype and pipe dream promises for a bigger, badder and better generation of video games, the community deserves better. Fine…maybe developers feel that throwing big titles in the mix on day one will jump the shark a little early; fans of either console may have too high of expectations; there might be fear in delivering less than stellar games for the future. And it takes hard work (years upon years upon years) to create a video game, even moreso for AAA titles. Trust that I know this to be a fact. It just constantly serves as a major disappointment and letdown when launch titles are so…lackluster and leave so much more to be desired.

The conclusion is as simple as the advice I will give: save your money. Just like Sony’s tagline for they PS4, “Greatness Awaits.” Yes it does. There will be much time to wait for greater titles to arrive in stores that’ll be worthy of your hard earned cash. Will I eventually throw down some greenbacks for a next gen console? Absolutely. I wouldn’t miss this generation for the world! Now, however, is not the time to investment. Eventually, fans will see a price cut, consoles will be in a more bountiful supply and there will be a plethora of must-have titles to enjoy for hours on end.

For those that have pre-ordered their consoles, will brave the conditions and test their patience in queue for a midnight launch, I salute you. It is the purgative of the individual to decide if owning a next gen console on day one is worth it. For those that share my sentiments, I will see you online in another year or two. I  can wait.