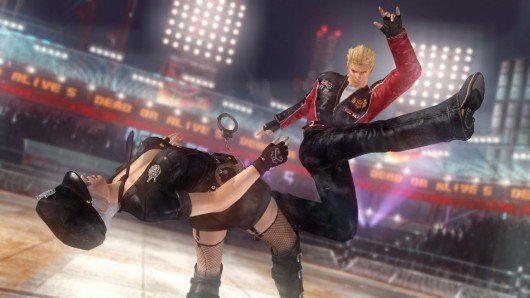 Straight out of Japan comes a new trailer for the arcade version of a very popular fighting game: Dead or Alive 5 Ultimate. Along with a new title, Dead or Alive 5 Ultimate Arcade (wow that’s a mouthful) comes a new fighter in Marie Rose. At first glance, she resembles a sweet, goth child that just wants to laugh and play. It’s not wise to judge a book by it’s cover, folks. This girl is not all sugar and spice; she’s liable to deliver a serious beatdown on fools.

Her fighting style, Systema, is a Russian style of Martial Arts with Military roots. By using strategic strikes and attacks, Marie disables and stuns opponents through pressure points located throughout the human body. In the debut trailer below, fans will notice her agility, speed in attack and fancy of close range combat.

For now, the arcade edition of Dead or Alive 5 Ultimate will remain exclusive to the Japanese market. There has yet to be any word on whether or not Marie Rose will make her way to Western markets as a DLC character. Until an announcement is made saying otherwise, our Russian Doll of Doom is bound to reign havoc in the East.

Those that can not wait to play as this new adorable yet deadly new character, hop on a flight and charter it to Japan. In the meantime, check out the trailer below and whet your appetite for the “ultimate” fighting game experience.