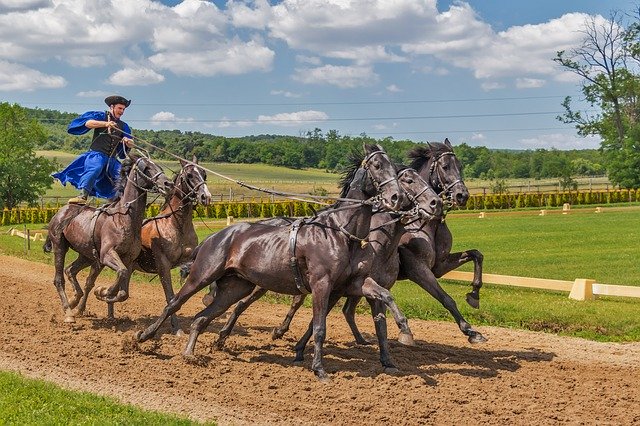 No sports equals no sports betting!

So how did the sports betting industry adapt to this challenge and continue to stay afloat?

A few sports were able to adapt to the new world to continue during the lockdown, and this gave them clear air to attract a brand new audience amongst sports fans and punters worldwide. Let’s take a look at five unique sports that proved popular to bet on during this period.

Horse racing is known as the “Sport of Kings” and while race meetings were shut down in many jurisdictions during the pandemic, there were many countries that were able to continue. Owners and fans weren’t permitted on track, and strict bio-security protocols were put in place, but otherwise the racing was able to continue as normal. Australia and America were two countries that continued, while recently New Zealand, South Africa and England have recently resumed racing. Not only was this good for sportsbook reviews, but it was important that horse racing continued for several other reasons. Obviously horses require a lot of maintenance, so staff needed to be available to ensure animal welfare was maintained. This provided plenty of jobs to avoid further burden on the economy.

Table tennis isn’t the biggest sport going around but it seems an ideal one for social distancing. Players are always kept several metres apart, there’s no physical contact required and the rules of the game are simple for new fans to follow. Sports betting on table tennis jumped enormously during the pandemic as major leagues continued in regions in Europe and Asia. It also helped that table tennis was a great activity to take up at home while in lockdown with table tennis sales soaring!

Esports is another fringe sport that has enjoyed an extraordinary boost in sports betting activity during this period. Esports was already a blossoming industry but some recent clear air has seen its popularity sky rocket! Esports did have to adapt to the new world. Rather than having major live events, Esports teams had to participate remotely in tournaments. Fortunately, the online Esports world was able to adapt to this change more seamlessly than most other sports. Betting on Esports has been extremely popular with punters, with traditional sports betting as well as daily fantasy sports keeping people entertained while stuck at home.

Most American sports were forced into shutdown, so when the Korean Baseball Organization launched their season in early May, it was perfect timing to attract new baseball fans around the world. The start times were tricky for Americans, but many diehard baseball fans were prepared to get up in the middle of the night to watch their favourite sport live. Betting on the KBO also proved very popular, including daily fantasy sports contests that ran into hundreds of thousands of dollars.

This unique sport is a religion down under. With Australia doing a great job of squashing the virus, it allowed them to re-open the community more quickly than most of the world and this included the resumption of the 2020 AFL football season in early June. With deals done with international TV networks to have games broadcast live, AFL reached new corners of the world and attracted a host of new fanatics. Australian sports betting companies were thrilled to have one of their core sports back in action, while international companies loved the ability to promote such a uniquely popular sport.