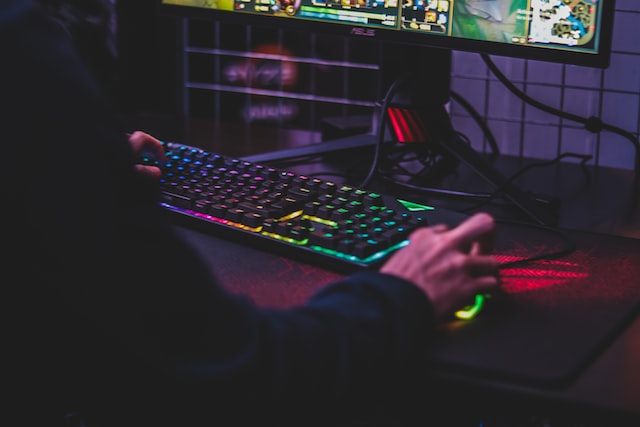 Welcoming all players at level 1520 or higher, Trials of Osiris are a true pinnacle challenge that tests your PvP and teamwork skills to the fullest. Intense fights, sweaty players, and tons of fun are waiting for you in this incredible 3×3 PvP mode, not to mention all sorts of juicy rewards that drop in abundance, especially if you go Flawless.

A Flawless completion is a winning streak of seven victories in a row. A 7-0 score will grant you access to the Lighthouse, giving you a chance to earn Adept weapons, exclusive armor pieces, tons of unique items and materials, and a gorgeous armor glow to shine bright like a diamond.

While playing Trials is generally tougher than your regular Crucible matches, going Flawless is pretty doable even if you’re not a hardcore PvPer. You just need to know a couple of tricks. If you want to reach the Lighthouse and claim your share of top-tier rewards, here are some Trials of Osiris tips to help you improve and get those wins easily.

Get Your Head Into the Game

It might sound obvious, but some players just don’t realize how fast-paced and unforgiving Trials of Osiris are. Those who like listening to music, grabbing a snack, or petting their cat while playing – we’ve got bad news for you, guys. Seriously, you have to stop that and focus entirely on the game, paying attention to everything that’s happening throughout the match. No distractions. At all.

Make constant callouts to your team. If you see an enemy Guardian changing their weapon or running in a certain direction, call that out. Not everyone sees what you see, so be your teammates’ eyes and ears and coordinate your actions all the time.

This is rightfully one of the most important yet not much-talked-about Destiny 2 PvP tips, which is why it opens our today’s list. Remember, Guardian: intel on the enemy is key to getting those wins and paving your way to Flawless completion, so stay sharp and keep your eyes open.

Well, they are PvP-focused for a reason, aren’t they? Put aside your PvE go-to’s for a while, they won’t do you any good in Crucible. For your Trials runs, you’d want to go for Charged with Light, improving Mobility, Recovery, and Resilience on your armor, plus anything that can boost your weapon performance, especially targeting and ammo reserves. This is the first time we mention it here in our list of Flawless tips, but it certainly won’t be the last: when you go for that 7-0 streak, every tiny little detail matters.

Keep your loadout diverse. If all your teammates pack just shotties or snipers, you will never get an upper hand, and the enemy squad will always dominate, no matter how well your trio plays.

When picking a loadout, your focus should be on the one you’re most comfortable with. Try to use familiar, well-tested weapons, all while keeping tabs on the Trials’ meta. The best loadout for Trials of Osiris is always something that feels good to play and also performs well in the current PvP season. However, if you have to choose between a gun you’re really handy with and a super-duper top-tier gun you’ve never played before, stick to the former. A weapon, no matter how meta it is, is of no use to you in battle if you are not confident using it.

Keep an eye on your enemy’s loadouts as well. If most of them are sniping, don’t let yourselves be out in the open playing aggressively, and if they are mostly carrying close-range weapons, consider a more passive playstyle. Use your enemy’s weakness to your advantage and remember that loadouts matter. A lot.

Next up in our Flawless guide, we have to stress the leveling part, and that might sound like another matter-of-course tip, but your power level is really incredibly important in Trials. Every single Light level you can squeeze into your gear score is vital. Trust us, even one Light level can make a difference and end up being the only thing tipping the balance towards your victory.

Make the Most of the First Kill

If your team manages to secure the first kill, it can give you a massive advantage. Once you shed that first blood, making it 2×3 instead of 3×3, don’t get scared and don’t wait until the enemy revives their downed teammate. It’s time to play aggressively and push the enemy team, even if you’re normally not really into that kind of playstyle.

When you’re still running as a full squad while the opponent is one Guardian down, you have a perfect chance to keep this advantage, which, in turn, is very likely to help you get the win in the end. And if your teammate is unlucky enough to get picked off, then switch to a defensive playstyle so as to not let the enemy team outnumber you.

Keep an Eye Out for the Downed Enemies

This Trials of Osiris trick is pretty simple. After taking someone down, don’t push your whole team to chase the remaining enemies. Leave a Guardian behind to sort of guard the enemy Ghost so that their teammates won’t get a chance at reviving them and making all your efforts go to waste. It doesn’t mean you have to just sit next to the perished enemy and do nothing. You can move around just fine, but just keep this thought in the back of your mind and loop around from time to time to not let your opponents bring their teammate back to the game.

Guardian superpowers are given to you for a reason. Destiny 2 is not your regular realistic shooter, heavily relying on that class ability part, so don’t be afraid to utilize it. Rift to help your teammate out, build up Titan defenses, throw grenades – if you want to succeed, your Flawless strategies and tactical maneuvers should involve more than just shooting your weapon.

Saint XIV can give you a bunch of Passages, the two most important being Mercy and Ferocity. Mercy forgives you one match loss, and Ferocity adds a bonus win to your three-match winning streak. The latter is great, but it gets pretty much useless if you lose your fifth or further match, while Mercy is an absolute must at all times. Facing a badass god-tier team is a very likely scenario in Trials, and the only thing that can help you go Flawless might be that Passage of Mercy, so do not underestimate it. Even if you don’t use it eventually and slice through all seven rounds without a single loss, it’s still a good thing to keep stashed. It’s like when you bring an umbrella, but it doesn’t rain. Better be safe than sorry, right?

Strategize and Communicate with Your Team

The Teamwork Tip will probably be in every Destiny 2 PvP guide out there, but hey, what can we do if it’s really that important? Teamwork is key in every PvP match, that’s just how it goes. When playing Trials, you should always think of yourself as a part of the team rather than a solo player. You are a whole; you need to coordinate your actions and help each other out. Assign roles, think your loadouts through, discuss the most probable scenarios. If you see that your teammate has a better chance and position to make a kill, then let them take the shot. Don’t be the one to do all the work because there are three of you and everyone needs to play their crucial part.

If you happen to not have a reliable team but still want to reach the Lighthouse and if solo-queuing and regular LFG just don’t cut it, you can try out carry services. Our friends at WowVendor, for example, offer a wide variety of Destiny 2 boosts and carries, including a Trials carry that allows you to team up and play with seasoned Destiny 2 vets.

With WowVendor pros by your side, you’ll defeat any top-tier squad that comes your way and reap the most magnificent Trials rewards in no time. Following our Trials of Osiris guide and teaming up with WowVendor experts, you’re sure to go Flawless with ease and learn to play like a pro, leaving all your opponents far behind.