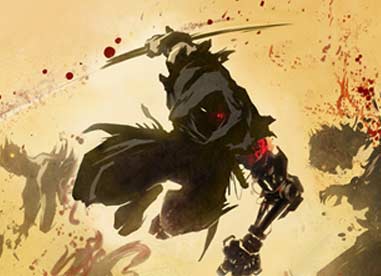 The game is Megaman and Onimusha creator Keiji Inafune’s recent AAA project, but the legendary developer is currently focused on making Kickstarter phenomenon Mighty No. 9, alongside studio Comcept, into a reality. The game will feature zombie ninja Yaiba as the game’s main character as he seeks revenge against the series’ protagonist Ryu Hayabusa for killing him. Both characters completely contrast each other as Yaiba is more representative of a character like Deadpool rather than a serious hero.

The game also sports a cel-shaded comic book look for the first time in the series and is looking to take a much more comedic approach than its more serious and challenging predecessors. The title will also periodically switch to a 2D perspective, which will be a first for the series since the original NES trilogy.