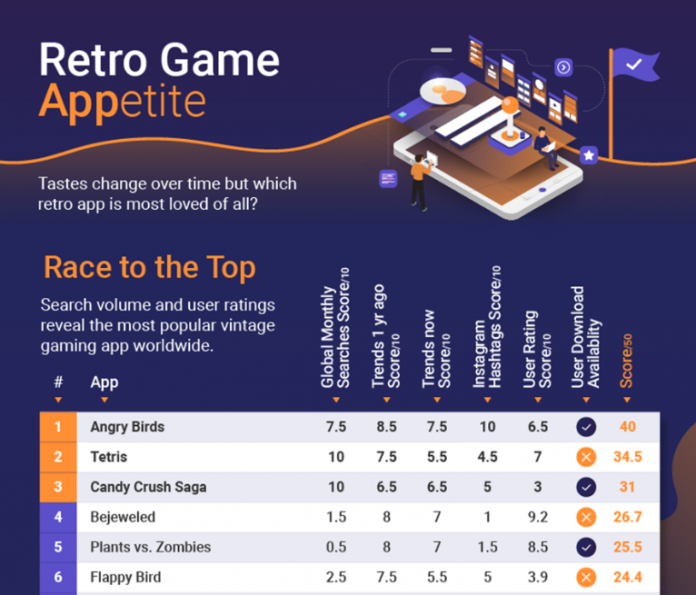 Remember those long hours that you spent playing Temple Run on your smartphone? With the evolving game development, the interest has shifted to better graphics and high-end gaming functionalities. But, somewhere deep down, the users do come back to the old roots of the retro gaming applications.

Even with the contemporary gaming consoles and the high-end applications available for smartphones, there is a chunk of smartphone users that still play these classic games as a guilty pleasure.

More than the sheer nostalgia of the game, there are some practical reasons why gamers prefer retro gaming apps over modern ones. In case you are looking for a list of the best retro games that have stood out from the rest, here are a few.

Reasons Why Retro Games are Popular

While most people believe that retro gaming apps featured minimal innovation and restricted graphics, some users still prefer playing them over the latest developed games. And, there are several reasons behind it.

Enhanced Gameplay Design – As hard it is to believe, the retro gaming apps provide the users with an extrinsic user experience with the improved gameplay design. The overall gameplay is not just reliant on the quality of the graphics and the innovations but also on the users’ overall gaming experience. And, there is nothing that beats the old classic games.

Less Sophistication Proved Better – The previous games didn’t have the sophistication that the modern-day games do. But, somehow, that is what made them so addicting. Playing on the retro gaming apps gives a more fulfilling feeling to the users. Not every user needs or wants sophistication to their gaming consoles or the features in their applications.

Lower Investments – Not just for the game developers, but the modern-day games feature fewer ads and fewer investments for the players. If you don’t want to spend on the in-app purchases in the games, the retro games are a fantastic testament to that.

Is It Just Nostalgia?

With all the necessary inputs out of the way, we can suggest that the users playing these retro games consistently aren’t because of nostalgia. More than the comfort, it blends in a feeling of escapism for the players, deeming them perfect for recreation. 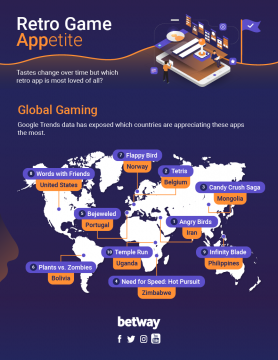 The above infographic was curated by Betway.

With so many retro gaming applications available on smartphones, we needed to sort out the top contenders before evaluating every last detail concerning these gaming apps.

We evaluated 25 games to see how they compared. Here’s a snippet of the infographic we put together. For your reference, an infographic is attached here.