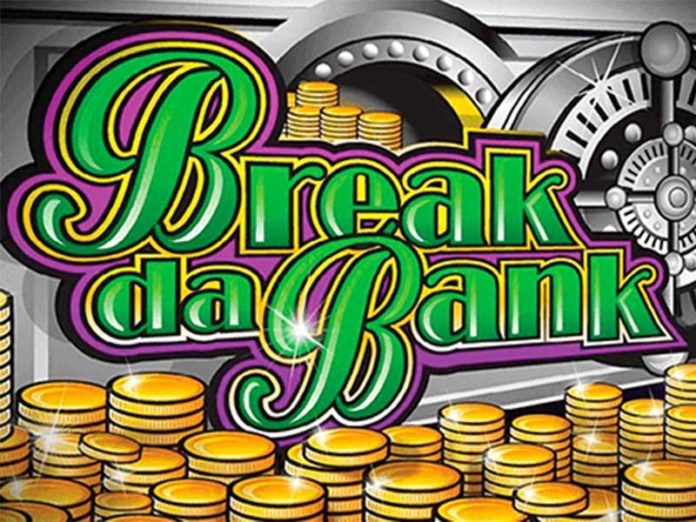 To date, there is a multitude of online video slot machines from which you can make a selection. They are inclusive of phenomenal features, bonuses, graphics, and sound effects. Nevertheless, at gaming websites, you will encounter a vast choice of the classic slots, which are retro and conventional.

To that end, let’s delve into the best classic slot machines that you can partake in online.

It is a slot machine from Microgaming which exudes simplicity and includes dollar symbols, the game’s logo, and bar images. Additionally, the slot game’s logo is the Wild, which means that it is the most lucrative, more when landing three on the 5th pay line. Thus, any winnings including those stemming from the replacement of a Wild symbol are increased by twice, whereas two Wilds attained during a winning sequence elevate your earnings by four times.

You can partake in the gameplay by activating any of the five paylines available. However, to optimize the playing session, it is advisable to wager on all five lines.

If you are on the quest for a title which is simple to play, then Couch Potato from Microgaming may tickle your fancy. Containing three reels, 1 pay line, and three rows, punters will find bar icons, lucky sevens, cherries, and a Couch Potato logo (the Wild symbol).

The machine’s Wild icon triggers a multiplier of 5x to 25x your bet and replaces other symbols for the formation of lucrative image sequences.

With a simple outlook alongside three reels and 1 pay line, this classic game from Microgaming incorporates an intriguing promotional feature. Moreover, players can wager with one, two, or three coins. As such, it is upon partaking with the greatest number of coins that they activate the Wheel of Wealth bonus once it makes an appearance on the third reel.

The bonus encompasses a while that is subdivided into twenty, with each partition marked with the bonus amount and the highest win of up to 1000 coins up for grabs. Hence, you set the wheel in motion until it lands on a sporadic value which signifies the prize you walk away with. The game is also inclusive of a multiplier Wild which boosts your earnings by either 2x or four times when one or two results in a win.

Courtesy of Merkur, this classic slot game exudes an eye-catching outlook with conventional game icons ranging from sevens, fruit images, and bells. With three reels, five paylines, and three rows, what makes Double-Triple Chance stand out from its rivals is the re-win feature. Thus, upon the same icon making an appearance nine times on the reels, the re-triggering of a re-spin occurs, which results in additional full-screen winnings. Furthermore, once you acquire a win, you have the option of participating in a guessing game, which involves making accurate predictions of the color of a random card with the aim of doubling your earnings.

As you delight in this slot from NextGen, you will notice that it is strikingly similar to a land-based casino ambiance. Hence, it is engulfed by flashing lights along with typical casino sound effects. Additionally, punters will quickly learn that the Jackpot Jester contains 2 sets of reels.

Any winnings acquired in the base game will facilitate the accumulation of your earnings or entering the Super Game, which constitutes lucrative payouts in addition to stacked Gold Jesters. Gathering nine of the Jesters activates the grand prize of 50,000 credits. Hence, this paves the way for a captivating and retro gaming encounter.

Containing three reels, this classic slot from Playtech certainly has a unique outlook along with a set of features which set it apart from its competitors. With that being said, as opposed to the conventional symbols, Alchemist’s Lab contains an array of test tubes, potions, various categories of gold and flasks.

Gamblers will also revel in a bonus round, which is activated with three books on one pay line. During the bonus round, you will see three potions on the screen, which will be meshed together for the creation of golden coins. Picking three potions will result in additional coin winnings.

As a classic slot game from Play’n Go, Fire Joker boasts top-notch animations and arcade-like sound effects. It contains five non-adjustable paylines running from the leftmost to the rightmost reel of the three reels along with three rows.

Participants will also notice traditional fruit images (grapes and lemons), sevens, and the Fire Joker logo. The latter is the game’s Wild, which means that it is the most rewarding. Furthermore, there is a re-spin feature, which is activated upon stacked icons appearing on any two of the three reels. In turn, you receive additional re-spins on the third reel while the stacked icons remain in place. On the other hand, the Wheel of Multipliers grants you the opportunity of elevating your earnings by as much as 10x your bet upon all reel positions being filled with one type of symbol.

It exudes an old-school feel and strikingly resembles the typical fruit machine that you would stumble upon in a brick and mortar casino. With three reels, Mega Joker nourished with bells, grapes, melons, and much more. Nonetheless, the major icon in the slot machine is the Joker who gifts punters with the most substantial cash prizes.

While you can delight in the game with one coin, you have the alternative of wagering up to ten coins, which in turn paves the way for you to enter the Super-meter bonus game. It occurs at the highest level of the slot and boasts larger rewards for larger stake levels placed.

It is vital to bear in mind that the Super-meter game is dependent on a player’s skills. Hence, this involves participants pinning down the wagering amount along with the level at which they will collect their respective earnings. Moreover, there is a progressive jackpot which a player is gifted with sporadically, thereby facilitating the likelihood of attaining notable wins.

Evidently, classic slot games will never go out of style. Hence, regardless of the fact that the gaming industry is packed with contemporary video slot games, the demand for classic options is notably high.