An almost four-year-old video game, marred with controversial comments made by a developer and a two year long closed beta, managed to gain an explosion of popularity on Twitch in the last few weeks. The hardcore, realistic first-person shooter “Escape from Tarkov” is suddenly the biggest thing on Twitch.

Supported by a guerrilla-style marketing campaign, the game managed to crown itself with the top spot on Twitch. It managed to surpass the likes of League of Legends and the popular Fortnite. Not many games have managed to gain as much popularity in such a short amount of time.

The game is unforgiving and soul-crushingly difficult. A few well-placed shots can end your session. Your character can bleed to death from an open wound. You’ll have moments where you’ll prefer getting a paper cut on your eyeball. Yet despite its grueling difficultly, it’s an exciting game populated with AI enemies and cynical players who almost always have better gear than you.

In the last few weeks, many viewers have been watching these top ten streamers. Many of these streamers have of been playing Escape From Tarkov long before its popularity spike. However, their recent Twitch streams have kept viewers hooked and coming back for more.

So, what sparked the game’s recent popularity? How has a serious-toned game managed to leave Twitch viewers laughing hysterically at the expense of streamers undergoing mental breakdowns? 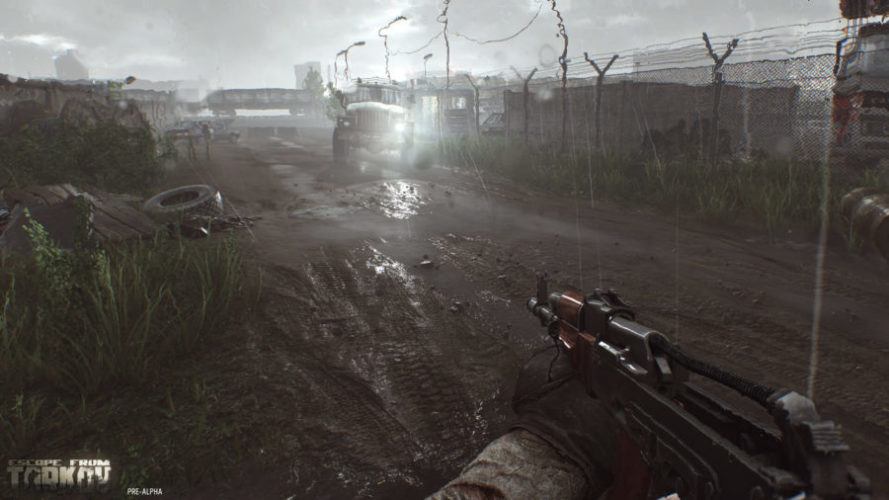 Escape from Tarkov shows its individuality early on with its RPG-like elements inside an FPS. Developed by Battlestate Games, it’s touted as a “military-grade combat simulator” because of its realistic features. The vast number of weapons available in the game are inspired by real Russian and NATO weapon models. Everything from its ballistic modeling to the minor aesthetic details adds to the game’s hardcore realism.

Like any military simulator, you’ll need some serious situational awareness.

You’ll have enemies running towards you in densely lit hallways and warehouses, leaving you with moments of panic and thrills. Flying bullets from a distance will have you playing “Where’s Waldo?” You’ll find yourself low on ammo from time to time. You could easily shoot your teammates during raids. You’ll need to dodge, run away, sprawl, monitor your players status and count your bullets well to survive against AI enemies and online players alike.

Its comprehensive modification system adds an extra layer of complexity. Strategic use of weapon modifications and gear can influence how effective you are in the battlefield. Adding proper Reflex sights, stocks, barrels and even taking advantage of stronger ammunition rounds can make or break your experience. Following the right guide can give you an advantage over the most experienced players. Tarkov’s equipment and modification system force you to rummage through virtual corpses for weapons and sketchy buildings armed with players ready to ambush you.

You might say the granularity of the game is a good thing.

What’s unequivocally not so good, and the most prominent gameplay feature, is the death screen. If you die, you lose all your gear. You’re forced to scavenge dead enemies, carefully decide what gear to take with you in each session and make smart strategic moves during battle.

Read up on your Sun Tzu because this game is very involved. Every decision you make can be costly. 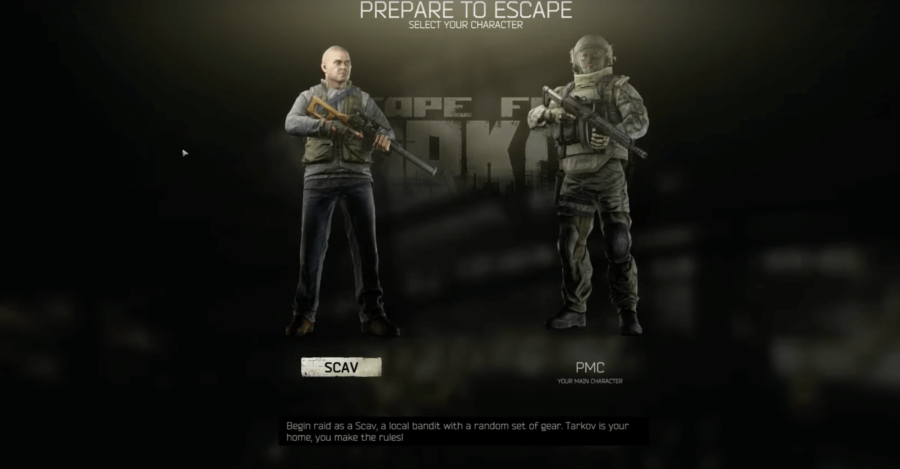 If DayZ and Arma 3 had a baby, it would look like Escape from Tarkov. Players are dropped into one of six maps where they compete with other players in search for loot, weapons and ultimately escaping the area. Players must reach a designated extraction point before the timer runs out. If a player dies before leaving, they’ll lose everything they have during their raids.

It may not sound like much, but the nature of the game makes every session and raid an exciting and tense one. The game has several gameplay options for different playstyles. There are three game modes:

In PMC mode, you play as your main character. In this mode, you can customize your character and use all your purchased and looted gear and weapons. Once you make your weapon decision in the loadout screen, you pick a map, time of day and load-in. Like previously mentioned, if you escape the zone with all your gear, you’ll get to keep it and carry it over in another PMC round. Quitting or dying mid-session means you lose everything. You must fight your way against Scavs, other players and a persistent AI, with the goal of extracting yourself out of the map.

In Scav mode, you’ll be playing as a random Scavenger. You start with generally very weak equipment and are dropped in a game mid-session. Scav mode does carry its advantages. Loadout weapons and gear are free. The Scav AI bots don’t engage with you and can sometimes help you. Furthermore, you can carry over any gear and weapons you find to your PMC, if you can extract it. The big caveat is, if you lose, you’ll have to wait 20 minutes before you can play as a Scav again.

If you want to explore the maps and test weapons, you can select offline mode. You have the option of spawning AI enemies and testing your newly acquired gear. If you want to learn the lay of the land, this is the perfect testing mode. Remember, you’ll still need to extract in order to keep your weapons from loadout.

Besides the marketing campaign that renewed the game’s popularity, the game’s own mechanics helped retain the attention of thousands. Streamers have jumped in on the popularity, recording their reactions. The game’s intense atmosphere and high stakes make every gunfight a thrilling experience.

One streamer was getting shot at and accidently began shooting all his teammates, while missing theenemy who was shooting him. Another streamer ran out of ammo and had to run towards his fully equipped enemy with just a tomahawk. One streamer was calmly picking up loot from a dead player and as soon as he looted his corpse, a grenade exploded below him. Within a week, one streamer was already rage quitting promising to never play the game again (which of course wasn’t true). The reactions are priceless.

Many streamers seemed to have brought this game back from the dead. With the combination of the developer’s smart incentive marketing campaign and streamers hilarious mishaps, the game has kept players on the edge of their seats.

The sudden popularity is not an accident. A game that flew below many people’s radars now has a real chance to become a mainstream title. With all its elements and features, it’s not a surprise this game has blown up on Twitch. If you’re new to the series, the streamers mentioned above are worth watching. They’ll leave you feeling tense, excited, happy, and scared all at the same time. You’ll quickly discover why this game became as big as it did on Twitch. If you decide to jump into the action yourself, make sure you have thick skin.