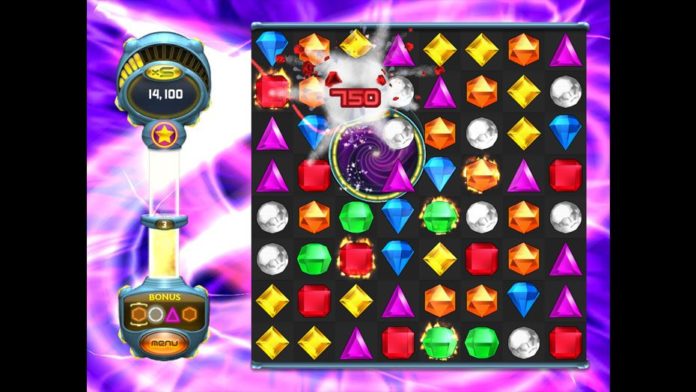 Successful video games with mass appeal are often adapted to a variety of media forms, whether it’s a movie, book, theme park ride, or even a casino slot machine. The merging of video games with slot machines has proved to be a winning formula with many of these crossover games becoming hugely popular at online casinos. Here are 5 of the most popular slot machines based on video games:

Created by Popcap Games in 2001, Bejeweled became a hit during the golden era of online flash games and has remained popular ever since. It was soon adapted for numerous different platforms before finally being turned into a successful slot machine.

Another contribution from Popcap Games is the imaginative tower defence game, Plants vs. Zombies. First released on console and PC, the game was later adapted for mobile where it became a hit. The game was turned into a slot machine not long after.

Players of the slot will recognise all the quirky characters found in the original game, but rather than accumulating points players earn cash and prizes. Weapons such as the potato bomb and the sunflower gun also feature in the slot machine version.

Lara Croft became a house-hold name when Hollywood decided to turn the Tomb Raider video games into a major movie franchise. When the movies became a hit it was only a matter of time before the slot machine version of the games was created.

The popular game features all the usual Lara Croft imagery, including the Tomb Raider logo, Lara holding various weapons and in the process of running, jumping and crouching, and even a video clip of Lara in action.

Zuma is yet another slot machine adapted from a Popcap game. First released in 2003, Zuma is a puzzle game that features rolling balls that players must prevent from reaching a skull by firing at them.

The slot machine version of this Aztec themed game is now available at almost every online casino. It has become wildly popular and is a staple game for many players. The reels are adorned with Aztec symbols and the game features several bonus rounds that mimic the original game.

Street Fighter is the ultimate fighting game, well-known to anyone who frequented arcades during their hay-day. In 1994 the game was turned into a movie featuring Claude van Damme and now it is available as an online slot machine.

Created with the same graphics as used in the Street Fighter 2 video game, the slot machine version proved a hit among players. True to form, the game features a bonus round where players must fight against Bison to earn a cash prize.